iPhones are hot. Everybody knows that. But the crew and passengers of an Australian plane belonging to Australia’s Regional Express airline learned just how hot they are first-hand today, when a passenger’s iPhone began emitting clouds of smoke, and glowing red-hot.

Nobody was hurt, and the malfunctioning iPhone was dealt with by a flight attendant, but don’t let that fool you into thinking that the iPhone was not in serious trouble:

Some suspect that the iPhone’s lithium-ion battery was to blame. Lithium-ion batteries – which can overheat – have come under scrutiny on more than one occasion, and have been thought to be the culprit in other fires. In 2006, Sony had to recall 7.5million lithium batteries due to overheating, and earlier this year the FAA tried to pass a rule classifying lithium-ion batteries as ‘hazardous cargo’ (it didn’t pass).

And just this week an investigation was announced into why the lithium-ion batteries in the upcoming Chevy Volt caught fire a week after they were subjected to crash tests.

Of course, having your iPhone combust is extremely rare, but still, the above image does give one pause to think. Heat sensor? There should be an app for that. 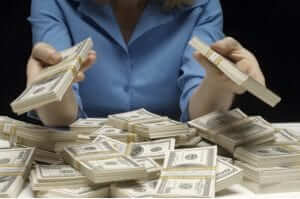