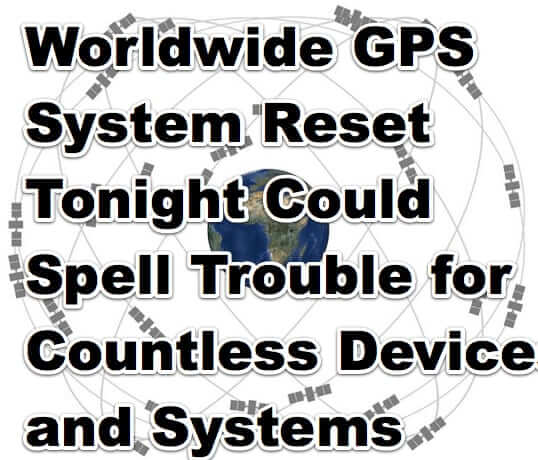 The GPS rollover is a function of the fact that the time system that GPS uses can only go as high as 1024 weeks, and then must reset to 0 (or, technically, to 0000000000 – and while we’re being technical yes, we realize that “Worldwide G”lobal is redundant, as is GP”S system”).


Even more technically, it’s actually the clock and time keeping to which the GPS system is tied – UTC, which stands for Coordinated Universal Time (read why it’s not CUT or Universal Time Coordinated here) – that is going to reset to 0 (or 0000000000).

The rollover is going to happen because while UTC is kept and tracked with great precision, involving atomic clocks and astronomical time (read about that here), and the U.S. Navy (read about that here), it also has one big limitation: it tracks the passage of time by the number of weeks that have passed, and because it is based on a 10-bit system, it can only count up to 1024 weeks (19.63836 years), and then it starts over, resetting and going back to zero.

So why is time-keeping important to GPS, anyway? As GPS receiver manufacturer Septentrio explains, “The precise measurement of time is at the heart of every GPS receiver. The distances between satellite and receiver, used to calculate position, are determined by measuring the transit times of the satellite signals to the receiver. An error of 1 nanosecond in the transit time translates into an error of 30cm in the distance. The GPS satellite constellation uses its own precise measure of time called GPS time with each satellite having its own, on-board set of atomic clocks. Satellites can thus be viewed as very accurate flying clocks.”

So you can see that having a glitch in the timing system can cause all sorts of problems with GPS, because time is, literally, distance (and you thought time was money..and if it is, does that mean that distance is money?)

Here’s a simplified example of how it works* – imagine this is your car’s GPS: The GPS satellites send a signal that says “Satellite 5 sent this to you at 8:01:04 on the third day of Week 1.” Your GPS looks at the current time to figure out how long that message has traveled, and thus how far you are from where that satellite is expected to be at that moment in time.

Now, when the system rolls over from Week 1023 to Week 0 (0 through 1023 equals the 1024 weeks), if your device doesn’t know that we’re in the next set of 1024 weeks, it will be using position or time data from about 19 years and 7 months ago and, well, you can see that this is a serious discrepancy, causing the GPS unit to place you somewhere in the arctic, or on the moon, or who knows where.

(*Many thanks to Internet Patrol reader Conan Brink for this explanatory example!)

Now, this is a greatly simplified example, using just one consumer GPS unit in a private vehicle. Consider, however, that GPS and its associated timing function is used for all sorts of applications, including financial systems, the power grid, and weapons systems.

The good news is that a newer, 13-bit version of GPS UTC has been being deployed over the past several years, with newer GPS satellites using the 13-bit version, and devices that also use the new 13-bit timing should not have a problem. Also, the 13-bit version will only roll over every 157 years – so there’s that.

The bad news is that there are still lots of older devices out there which are using the 10-bit version, and they may see a problem.

Glitches that do happen may not happen right at the stroke of midnight (UTC/GMT) tonight – if they are going to happen, they will happen when the glitchy device first tries to make sense of the GPS satellite system responding with a way whacked-out date.

So what can and should you do about this?

First, if your GPS-enabled device is relatively new, you should have no problem, as it likely uses the 13-bit GPS.

Also, make sure that you have applied any firmware updates to any of your devices that use GPS. Also check with your GPS-enabled device’s manufacturer’s website to see if it will be affected.

And just be aware of possible issues. The odds are good that you won’t see much of anything that is critical, but you may find certain devices acting…oddly.

And let us know what issues you are seeing, if any!

If you want even more information about the GPS rollover, check out this very helpful PDF slideshow put out by Naval Observatory.

Samsung Issues Urgent Recall Due to Exploding Batteries in Galaxy Note 7
Rosa Hoskins List of Lessons from Dad Bob Hoskins
Russian Facial Recognition App Raising Privacy Concerns Around the World
What the Hell are Mukbang BJs? It's Not What You Think (or Hope)
Pakistan Accidentally Triggers YouTube Outage Around the World
Love Letter from Canada to the U.S.: The #TellAmericaItsGreat Hashtag and Internet Video Campaign
Google Captures and Publishes Pic of Woman Urinating in Public
Do You Still Have to Follow GDPR after Brexit if You are in the UK? Yes
58shares 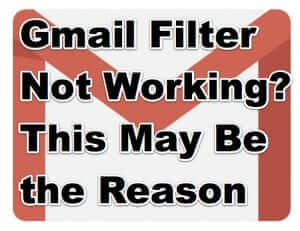 Gmail ‘Skip the Inbox’ Filter Not Working? This May Be Why – and How to Fix It 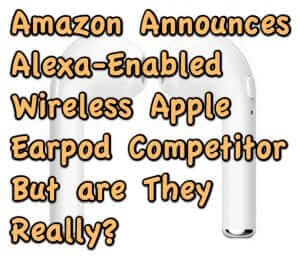