Perhaps one of the most frustrating thing about the Zynga game ‘Words with Friends’ is trying to figure out how to resign from (or quit or remove or delete or otherwise end a game – even if you are willing to forfeit the game – of Words with Friends) when it is not your turn. One reason you might want to do this is because the friend with whom you are playing has become unresponsive, particularly if you are maxed out on the number of games you are playing, and so can’t start any new games until some of the other games go away. In such a case, it can be maddeningly frustrating trying to end a game of Words with Friends, when it is not your turn, and your friend has gone missing or nonresponsive for days on end, and so isn’t taking their turns so that you can play the game through to its natural conclusion.

(The maximum number of active games that you can have open at any one time in Words with Friends is 20, by the way. We use the term “active” advisedly, as of course we are talking in part about games where the other person is not active.)


Here’s the first thing to know: You can’t resign from (i.e. quit, remove, delete, or otherwise end) an idled, inactive game of Words with Friends, if it’s not your turn, until the game has sat idle for approximately 11 days.

(Note: We have it on good authority that if the game is with a random person that has been assigned to you by Words with Friends, rather than, say, a Facebook friend or other contact, then you only have to wait 5 days.)

Here’s the second thing to know: Sometime between day 11 and day 12, the system will automatically resign the other person for you, and you will get a message that they resigned, and that you win (a cold victory, to be sure).

Here is a game that has been idle for 11 days:

It is impossible for the active person (you) to resign from a game before its time – here’s what happens when you try. To resign from a game, you need to click on the “more” button in the lower right-hand corner of the game screen:

This will cause a second row of option buttons to appear, but, as you can see, the resign option is greyed-out – this is because it is not your turn, it is the idle person’s turn (this is, however, how you would resign from a game if it were your turn):

By the way, the green dial-looking button on the upper-right is a word strength rater, and the button just to its left is the “spend money in the Words with Friends store” button.

In any event, as you can see, there is no way for you to resign from an idle game when it is the other person’s turn, so the bottom line is this:

The way to resign from an idle game of Words with Friends is to…wait. Until there has been no activity for 11 to 12 days. At which point you will be alerted when the game has been forfeited.

Or, you could just call your friend and tell them to get on the stick, and take their move or resign.

How to Make Videos Taken on Your iPhone Smaller
How to Opt Out of Interest Based Ads and Behavioral Advertising
Getting Calendar Invitation Spam on Your Apple Device? Here's How to Stop It
How to do a Match.com Search by Name or Username
How to Stop SMS Text Spam and How to Report SMS Txt Msg Spam
How to Get Rid of Facebook Messenger Day
How to Check and Cancel Your Paypal Automatic Recurring Payments
How IoT is Taking Over the Healthcare Industry
27shares

75 thoughts on “How to Resign, Delete, or Otherwise End a Game Early in ‘Words with Friends’” 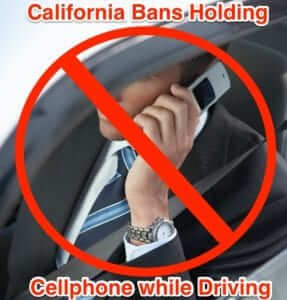 How to Install the Apple Security Update on Jailbroken Phones
27shares