First, the bad news. You will need to restore your iPhone to its original factory settings, and you will need to update to the latest version of iOS 7.

Now the good news. There is a stable, untethered jailbreak for iOS 7, and it’s very easy.

So, with that said, here are step-by-step directions for installing the iOS security update, and rejailbreaking your phone: 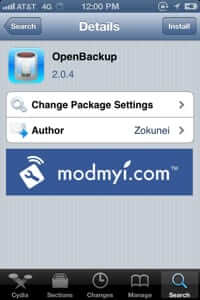 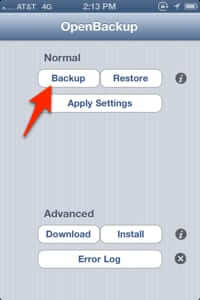 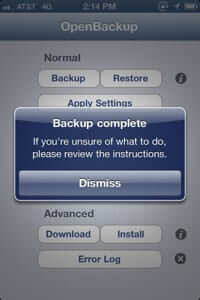 Now, even though you have made your backup using OpenBackup, we strongly advise you to make a list of all of your Cydia apps (or take screen shots of them).

Step 3: Backup Your iPhone in iTunes

Connect your iPhone to your computer with a USB cable, open iTunes, and back up your phone. Be sure to uncheck the ‘Encrypt iPhone backup’ box (and if you usually do encrypt your backups – and good for you if you do! – be sure to recheck the box when you are all done).

This is critical: keep your iPhone connected via the USB cable to your computer and update through iTunes. Do NOT do an over-the-air (OTA) update.

Step 5: Restore Your iPhone in iTunes

Step 6: Jailbreak Your iPhone with Evasi0n

To get the evasi0n 7 package, [Page no longer available – we have linked to the archive.org version instead].

Put the resulting file in a folder, on your desktop, called “evasi0n”, and double-click it to extract the evasi0n archive.

Read the README file, and follow the straightforward instructions, and install evasi0n to your iPhone. 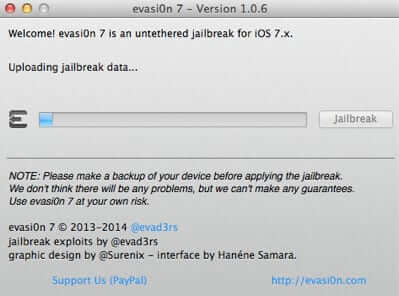 After you get the “evasi0n 7 done” message, you will probably see something on your iPhone screen that looks like this: 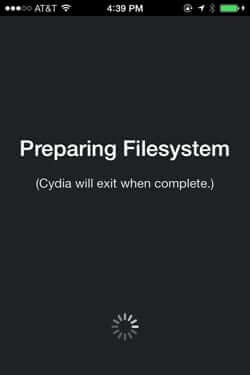 Once that is done, you will see a series of screens, each with the evasi0n logo:

…and with messages like “Reading Kernal”, “Setting up Cydia”, and “Continuing with Boot”.

Some of these messages can stay on your screen for a long time (particularly the “Reading Kernal”), causing you to freak out and worry that you have bricked your phone. Don’t worry. It will reboot and come up, it just may take a while.

Step 7: Reinstall and Restore from OpenBackup

Then do a restore from OpenBackup: 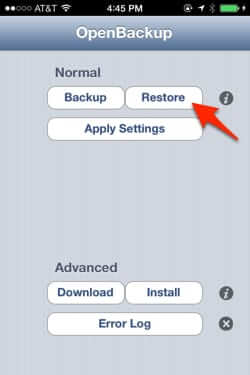 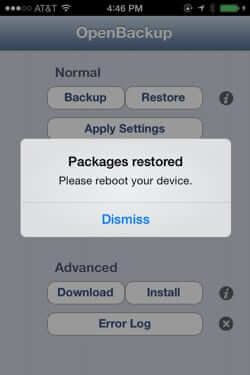 What if OpenBackup Doesn’t Restore All of My Cydia Apps?

Now, here’s the thing. Sometimes OpenBackup doesn’t actually restore all of your Cydia apps and tweaks. But fear not. Because here’s the nifty thing about Cydia.

Open Cydia, and if you aren’t already on the main Cydia screen, click the star in the lower left-hand corner of the screen, which will take you to the Cydia main screen, and click on “Manage Account”: 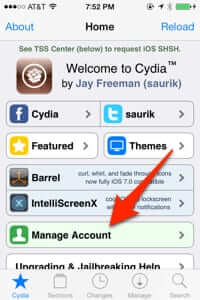 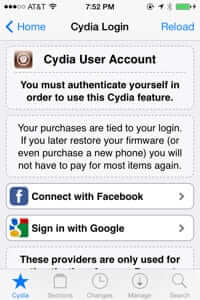 Once you authenticate your account, all of your purchased Cydia apps are listed for you, and you can just click on each one and reinstall it.

Note: this is the only time that we will ever suggest that you may want to authenticate with Facebook – which you can do even if you previously authenticated with Google – this is because after the reinstallation of each app, you will have to re-authenticate, which is a big hassle if you are using Google’s two-factor authentication – which you should be. 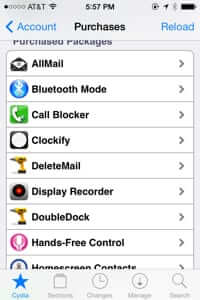 Also, for many Cydia apps, after they are downloaded you will be prompted to respring, which takes time if you have to do it – after every download – for a lot of apps. We have found that you can bypass this until the last one by, when it says “respring”, instead hitting the home button on your phone, and going back into Cydia.

Of course, this is only your purchased apps, and this is why we told you to make a list or screenshots of all of your Cydia apps.

We hope that this tutorial has been helpful!

Sen. Moran Introduces Federal Data Privacy Legislation
How to Change Your Date of Birth on Match.com
iPhone or iPad No Longer Showing Recent Message Contacts in Quick Share Sheet? Here's the Fix
How to Turn Off Those Damned Color Tiles and Styles in Words with Friends
4.5 Million Hospital Records Hacked Across the U.S. - Complete List Here
Nearly 100 Arrests Worldwide in Blackshades RAT (Remote Access Tool) Sting
Free Email Privacy and Security Tester
How to Make Your Mac Back Up to a Specific Drive When Time Machine is Using More than One Drive, Plu...
Share the knowledge