According to Hartmut Neven, Google’s Engineering Director for Image Recognition Development, the face recognition software would only be able to access someone’s personal information – such as their pictures and Google profile information (which, don’t forget, includes your name, email address, and phone number), if they have opted in by checking a box agreeing to that access.


In an interview with CNN, Nevern said that “We recognize that Google has to be extra careful when it comes to these issues. Face recognition we will bring out once we have acceptable privacy models in place.”

An unidentified Google spokesperson said that the face recognition feature could be integrated into an existing application or applications, rather than showing up as a separate, stand-alone application.

Moreover, Google already has the technology and capability to roll out such a ‘feature’, and has, in fact, for years.

“That we could do today,” said Neven.

In fact, says Neven, “People are asking for it all the time, but as an established company like Google, you have to be way more conservative than a little startup that has nothing to lose.”

But not everyone would welcome such an application with open arms, as Neven readily admits. Many are, he says “rightfully scared of it. In particular, women say, ‘Oh my God. Imagine this guy takes a picture of me in a bar, and then he knows my address just because somewhere on the Web there is an association of my address with my photo.’ That’s a scary thought. So I think there is merit in finding a good route that makes the power of this technology available in a good way.”

But, he adds, “Technically, we can pretty much do all of these things.”

NSA Collecting Email Metadata of Regular Citizens, Documents Reveal
About Gmail's "Warning: We believe state-sponsored attackers may be attempting to compromise your ac...
5 Cool Google Messages Features that are Helping People Stay Connected
City Job Application Demands Passwords to Your Facebook, MySpace, Twitter, and Other Accounts
Google Buzz Lawsuit Reaches Settlement, Google Emails Everyone
Facebook says Millions of Pictures Exposed by 'Bug' - Including Unpublished Ones
How to Find the Google 2-Step Verification QR Barcode to Set Up the App on Your Phone
Google Ordered to Disclose Everybody who Searched for a Particular Person in Edina, Minnesota 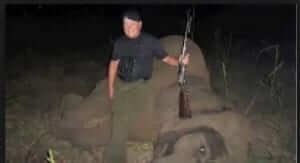