To start, the form factor is completely different – whereas the other Internet TV and broadcast devices are generally boxes that you connect to your high definition TV (HDTV) with an HDMI cable, Google Chromecast is a small dongle that plugs directly into an HDMI port on your HD TV.

Then there’s the price point: at just $35, Google Chromecast is by far the least expensive device out there.

But there’s a reason for that. Where Apple TV and Roku and the like are self-contained Internet channel ‘receivers’, for lack of a better word, the “cast” in Chromecast refers the fact that the Chromecast is a passive receiver for things that you ‘send it’ – i.e. broadcast to it – from other devices. Specifically devices running the Google Chrome browers.

Here’s how it works: You fire up Netflix, or other compatible services, on your device, such as on your iPhone, or iPad, or laptop, or Android phone or tablet. Then you stream it through Chromecast to your television set.

Chromecast’s biggest selling point, however, is what else you can do with that device (iPhone, Android phone, laptop, etc.), because unlike many other streaming setups, with Chromecast you can multitask – meaning that once you start streaming that movie from Netflix over to your television, you can go to another window or app on your device, while Netflix is streamed in the background to your television.

Put another way, Chromecast is the way to cut the cord if you want to stream from your device to your television, without being limited by cable length, or when you want to be able to run the media in the background while you do something else on your device.

Google Takes on Slack, HipChat, Others with Google Spaces
How to Use Gmail as a Spam Filter for All of Your Email!
Google to Glass Users: Don’t be Glassholes
Buy Google Glass Online - But Today Only
Google, Microsoft, Yahoo and Facebook Fight Back to Thwart NSA
You Changed Your Google Password and Now Your Phone, Tablet or Mail Program Doesn't Work?
AT&T Rolls Out Live and Streaming TV on Mobile Devices
Make Your Email Client, Phone and Tablet Apps Work with Google 2-Factor Authentication 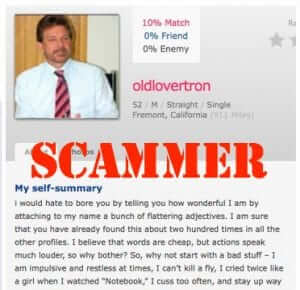 How to Identify and Recognize an Online Dating Site Scammer