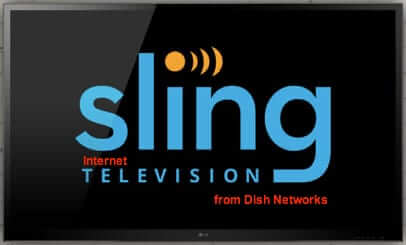 
Said Dish CEO, Joseph Clayton, at Sling TV’s unveiling at CES, “It is the launch of a whole new industry here. We are innovators. We are disrupters. We don’t always make people happy because we challenge the status quo.”

But millions of people should be made happy with this offering, as more and more consumers cut the cable.

In a statement released earlier this week, Dish Networks explained that

Consumers can tailor their experience with add-on packs for access to additional programming, at $5 per month. Sling TV will offer a “Kids Extra” add-on with Disney Junior, Disney XD, Boomerang, Baby TV and Duck TV, and a “News & Info Extra” add-on with HLN, Cooking Channel, DIY and Bloomberg TV. A “Sports Extra” package is coming soon.

As far as supported devices, Dish/Sling say that “At launch, subscribers can watch live TV by downloading the app to supported versions of iOS and Android, or by visiting the upcoming Sling website from Macs and PCs. Alternatively, the Sling TV app is expected to be available on Amazon Fire TV, Amazon Fire TV Stick, Google’s Nexus Player, select LG Smart TVs, Roku players, Roku TV models, select Samsung Smart TVs and Xbox One, with other streaming devices and smart TVs to follow in the coming months. Sling TV’s user interface provides a consistent experience across all platforms.

Finally, in terms of user controls and options, Sling says that you will “be able to pause, rewind and fast-forward most live channels and Video-On-Demand content. For certain channels, the service includes a 3-Day Replay feature that gives customers the ability to watch some shows that have aired in the past three days; no DVR is needed.

Sling TV is currently in private beta, by invitation only. You can sign up for a Sling TV invitation here.

Urban Movie Channel is the New 'Black Netflix'
LG Smart TV Spying on Users
Do You Have to Wear Eclipse Glasses to Watch the Solar Eclipse on TV or Online?
The Aereo Supreme Court Decision in Plain English
Some Want Netflix House of Cards Early
AT&T Rolls Out Live and Streaming TV on Mobile Devices
Netflix Purity Commitment Ring Keeps Partners from Binge Watching without the Other
Share the knowledge

Number of people who have enjoyed this article: 6,703