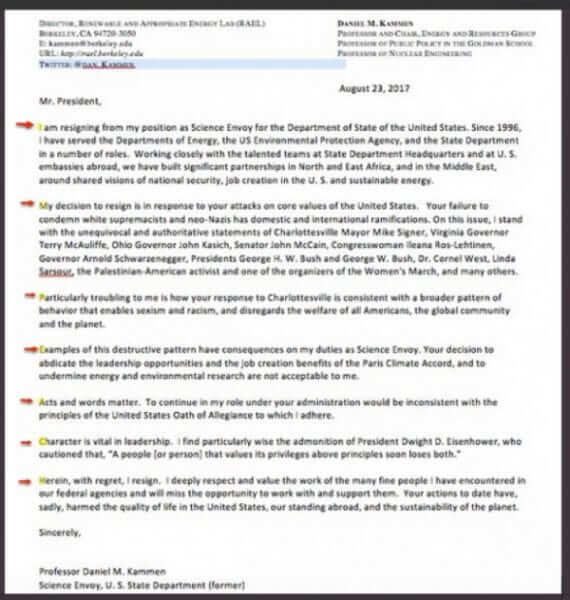 Professor Daniel Kammen, up until today the State Department’s Science Envoy, has served in various Federal agency roles for over 20 years, since 1996. Today the UC Berkeley Professor of Energy, and Director of the Renewable and Appropriate Energy Lab (RAEL), sent President Trump a letter of resignation in which the first letter of each paragraph spells out “IMPEACH”. Here is the full text of that letter, which Professor Kammen posted on Twitter.

[I] am resigning from my position as Science Envoy for the Department of State of the United States. Since 1996, I have served the Departments of Energy, the US Environmental Protection Agency, and the State Department in a number of roles. Working closely with the talented teams at State Department Headquarters and at u.S. embassies abroad, we have built significant partnerships in North and East Africa, and in the Middle East, around shared visions of national security, job creation in the U.S. and sustainable energy.

[M]y decision to resign is in response to your attacks on core values of the United States. Your failure to condemn white supremacists and neo-Nazis has domestic and international ramifications. On this issue, I stand with the unequivocal and authoritative statements of Charlottesville Mayor Mike Signer, Virginia Governor Terry McAuliffe, Ohio Governor John Kasich, Senator John McCain, Congresswoman Ileana Ros-Lehtinen, Governor Arnold Schwarzenegger, Presidents George H. W. Bush and George W. Bush, Dr. Cornel West, Linda Sarsour, the Palestinian-American activist and one of the organizers of the Women’s March, and many others.

[P]articularly troubling to me is how your response to Charlottesville is consistent with a broader pattern of behavior that enables sexism and racism, and disregards the welfare of all Americans, the global community and the planet.


No Paywall Here!
The Internet Patrol is and always has been free. We don't hide our articles behind a paywall, or restrict the number of articles you can read in a month if you don't give us money. That said, it does cost us money to run the site, so if something you read here was helpful or useful, won't you consider donating something to help keep the Internet Patrol free? Thank you!

[E]xamples of this destructive pattern have consequences on my duties as science envoy. Your decision to abdicate the leadership opportunities and the job creation benefits of the Paris Climate Accord, and to undermine energy and environmental research are not acceptable to me.

[A]cts and words matter. To continue in my role under your administration would be inconsistent with the principles of the United States Oath of Allegiance to which I adhere.

[C]haracter is vital in leadership. I find particularly wise the admonition of President Dwight D. Eisenhower, who cautioned that, “A people [or person] that values its privileges above principles soon loses both.”

[H]erein, with regret, I resign. I deeply respect and value the work of the many fine people I have encountered in our federal agencies and will miss the opportunity to work with and support them. Your actions to date have, sadly, harmed the quality of life in the United States, our standing abroad, and the sustainability of the planet.

What makes this particularly noteworthy, in addition to the hidden message, is that Professor Kammen posted his letter of resignation on Twitter, to his 5,750 followers, and in just four short hours (as of the writing of this article) it has been retweeted an astonishing 9,500 times, and ‘Liked’ 22,000 times! 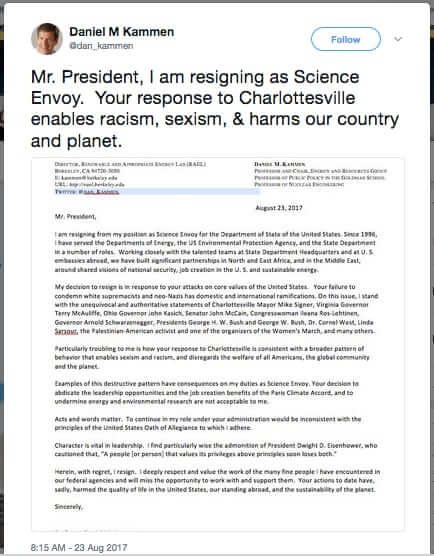 [Please note that the Internet Patrol is non-partisan, and we are not taking sides. Comments containing offensive political commentary will not be approved.]

We Explain Why People are Saying "Tainted Meat" All Over Facebook and Twitter
Amy Strickland - Every School Board's Nightmare or Nah?
Woman Widowed by Terror Attack Sues Twitter for Enabling ISIS
How to Live Life Online When You Have To
What Does #hmu4atbh Mean? We Explain
Memes Shared on Twitter Infected with Malicious Code
Cool Photo Editing Apps That Makes Your Phone Pictures Standout
Justine Sacco and the Most Unbelievable Twitter Tweet of 2013
282shares 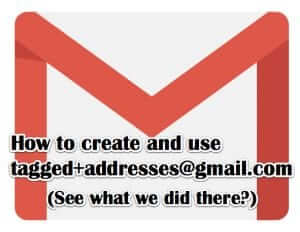 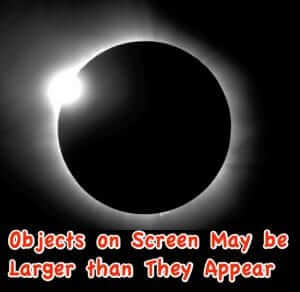 Do You Have to Wear Eclipse Glasses to Watch the Solar Eclipse on TV or Online?
282shares