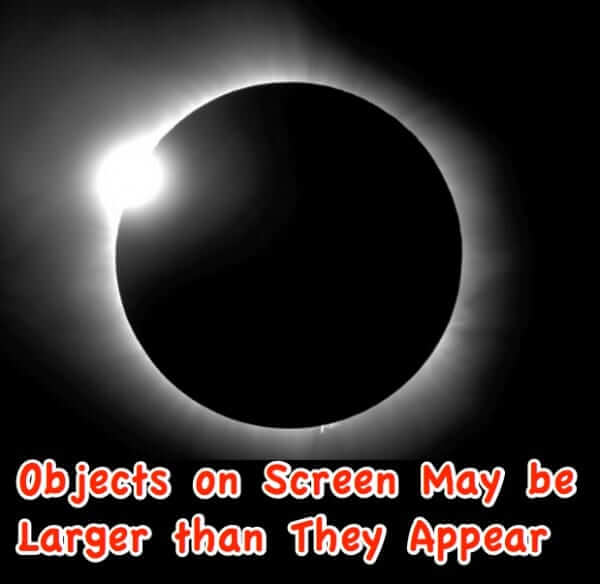 The upcoming total solar eclipse is one of the biggest events of the year. With countless people trekking to camp out in places like Wyoming, where the eclipse will be seen in its totality, it feels like a cross between Burning Man and Woodstock, if they were put together by Neil deGrasse Tyson. For people who can’t take part in these festivities, there are lots of places that will be live-streaming the solar eclipse online, and on television. (List below.) Which brings us to the question we heard discussed recently: if you are watching the eclipse on television or a computer do you need to wear eclipse glasses?

And of course even more people will be unable to go outdoors to view the eclipse when you consider the massive recall of thousands of eclipse glasses.

Fortunately, the answer to “do you have to wear eclipse glasses when watching the eclipse on tv or a computer” is: absolutely not.

You do not need to wear eclipse glasses when viewing the solar eclipse on your television or computer.

Equally fortunately, there are quite a number of places which are streaming this once-in-a-lifetime total solar eclipse online and on television.

Below is a verified (as of the time of this writing) list of places where you can watch the 2017 eclipse online or on your television, no eclipse glasses needed.

Perhaps the most authoritative eclipse streamer is NASA itself, which says in a press release:

On Monday, Aug. 21, all of North America will be treated to an eclipse of the Sun, and NASA Television will carry it live from coast to coast from unique vantage points on the ground and from aircraft and spacecraft, including the International Space Station. Coverage will be featured during the live four-hour broadcast Eclipse Across America: Through the Eyes of NASA.

Programming begins at noon EDT with a preview show hosted from Charleston, South Carolina. The main show begins at 1 p.m. and will cover the path of totality the eclipse will take across the United States, from Oregon to South Carolina. The program will feature views from NASA research aircraft, high-altitude balloons, satellites and specially-modified telescopes. It also will include live reports from Charleston, as well as from Salem, Oregon; Idaho Falls, Idaho; Beatrice, Nebraska; Jefferson City, Missouri; Carbondale, Illinois; Hopkinsville, Kentucky; and Clarksville, Tennessee.

The Toshiba Vision screen in New York’s Times Square will broadcast the program live in its entirety to give the public a big-screen view of the eclipse. Viewers in Times Square can listen to NASA coverage while observing it on the big screen by downloading the NASA app or going to https://www.nasa.gov/eclipselive.

Other places that will be streaming the 2017 eclipse include:

The San Francisco Exploratorium, which will feature, and we qoute, “a sonification of the eclipse by the Kronos Quartet” (WTF?)

Number of people who have enjoyed this article: 735