With the holidays, you may not have heard about Justine Sacco, and her boneheaded Twitter tweet heard around the world. “Going to Africa,” she wrote, “hope I don’t get AIDS. Just kidding. I’m white!” she tweeted. Yes, really.

To compound things, at the time that she tweeted it, Sacco was a public relations person for IAC (InterActive Corp.), which holds such Internet brands as The Daily Beast, About.com, and Ask.com.

Sacco was actually boarding a plane (for Africa) when she sent the tweet, and (probably) had no idea of the firestorm that ensued while she was (probably) blissfully unaware of what was going on 50,000 feet below her.

What was going on was that the tweet nearly instantly went viral. So, while it was bad enough that she sent it out to the 1158 people who were originally following her (it swelled to more than 6000 between the time that the tweet first went viral, and when IAC closed her account), within a very short period of time it had spread all over the Twittersphere, and beyond.

When, in fact, she landed, and turned her phone back on, one can only imagine with what she was faced.

Of course, some of those things we don’t have to imagine – we know.

Even before she landed, IAC had issued a statement.

“This is an outrageous, offensive comment that does not reflect the views and values of IAC. Unfortunately, the employee in question is unreachable on an international flight, but this is a very serious matter and we are taking appropriate action.”

By the time she landed, she had lost her job.

Too late, Sacco issued her own statement, saying that “Words cannot express how sorry I am, and how necessary it is for me to apologize to the people of South Africa, who I have offended due to a needless and careless tweet. There is an AIDS crisis taking place in this country, that we read about in America, but do not live with or face on a continuous basis. Unfortunately, it is terribly easy to be cavalier about an epidemic that one has never witnessed firsthand. For being insensitive to this crisis – which does not discriminate by race, gender or sexual orientation, but which terrifies us all uniformly – and to the millions of people living with the virus, I am ashamed.”

Beyond being ashamed, Sacco may have rendered herself nearly unemployable. Or, maybe not, but we sure will be curious to see where she lands.

If only she had read about Dianna Abdala and her email that went viral, she might have been a bit more careful about what she put out there, before hitting ‘send’.

Then again, probably not.

The Turing Daraprim Outrage Explained and How the Internet Shamed Martin Shkreli to Retract the Rate...
Social Media Uses this Trick to Extract Your Personal Data from You. DETOUR Law Would Make Using th...
What Does Deplatforming Mean? And is Deplatforming Legal? Here's the Info
How To Sell on Social Media by Turning Followers Into Customers
Snapchat Sued for Curating Sexually Explicit Material
What the #TheEmptyChair Hashtag is All About
How to Protect Your Digital Footprint from Prying Relatives and Friends
How to Send Group Messages on Twitter 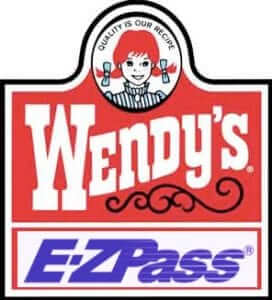