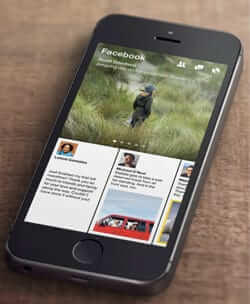 Not only does Facebook Paper make Facebook look completely different, with its horizontal scroll-through for stories, vertical scrolling for photo albums, and vertical format for videos, but the way you interact with and post to it is completely different from anything previously Facebook.

Facebook has devoted a lot of design time to eliminating buttons and links, and having you interact with the app primarily through gestures. Some of these gestures will seem natural (such as scrolling through stories), while others may take some getting used to (such as tilting the phone to pan across wide-angle photos). 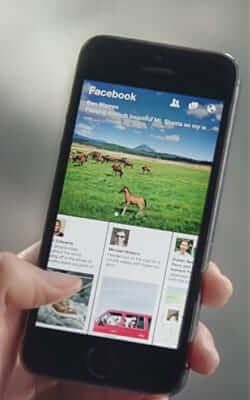 When you immerse yourself in a story, be it from a news source or a Facebook friend, gone will be the sidebars exhorting you to “try this one secret to get rid of belly fat.” 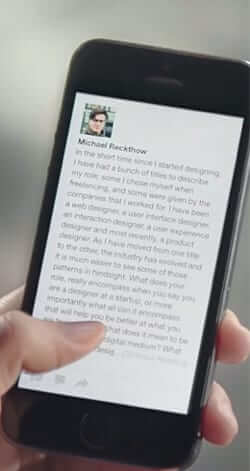 Facebook Paper also allows you to arrange and organize your Facebook experience based on your interests. You can essentially create your own news magazine, with topical “sections”, including Headlines, Enterprise, Planet, Cute, Score (sports), Flavor, Exposure, and Ideas. 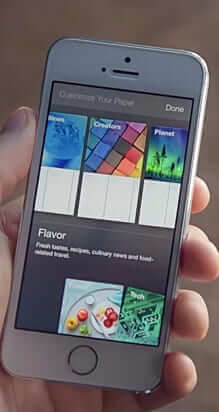 Essentially, Facebook Paper allows you to curate your own personalized newspaper or news magazine, with sources such as the New York Times, Time Magazine, and other heavy hitters, in addition to your favourite blogs and bloggers, and, of course, your Facebook friends.

This is of course nothing that other places haven’t tried, but Facebook’s Zuckerberg hasn’t been shy about wanting Facebook to become your digital newspaper.

Posting stories will be a completely different experience as well, as Facebook Paper features a “what you see is what you get” (WYSIWYG) editor. With this it seems pretty clear that Facebook is trying to pull bloggers in to start using Facebook as their blogging platform, rather than WordPress (owned by Google) – after all, the more “stories” Facebook has to serve up, the better for them.

The Facebook Paper app will be available for the iPhone (only) on February 3rd. You can read more about Facebook Paper at the [Page no longer available – we have linked to the archive.org version instead] page.

NSA Mining Data from Smartphone Apps
The Differences Between Different Types of Facebook Pages
4 Useful Google Chrome Features You Probably Didn't Know Existed
With Google Photos Ending Unlimited Storage, Here Is How to Check How Much Space You Have Left
New App Rewards Not Using Your Phone While Driving
Parking Finder Apps Let You Find or Scalp a Parking Spot
How to Block or Otherwise Thwart or Deal with Spam Phone Calls on Your Land Line and Mobile Phone
Is Clubhouse Recording Your Conversations? You'd Better Believe It!
Share the knowledge