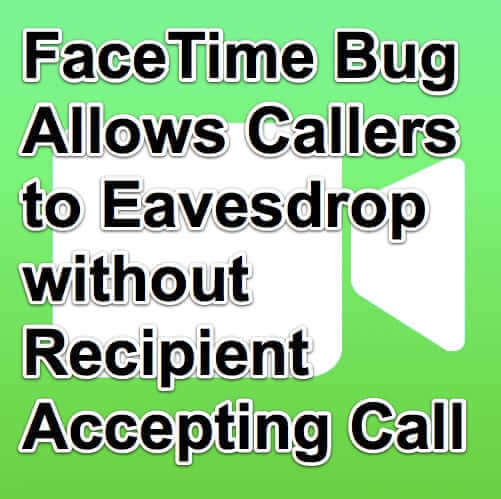 Now, by all accounts, this was limited to the group call feature, which Apple says they have disabled until a fix can be issued. On the Apple system status page, you can see that FaceTime is showing a yellow diamond, rather than a green circle, meaning that there is an issue. 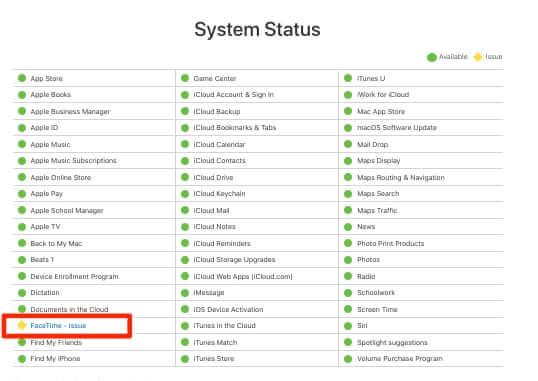 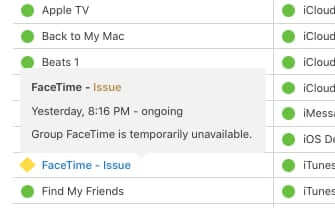 Apple has been tight-lipped about the issue, saying only that “We’re aware of this issue and we have identified a fix that will be released in a software update later this week” in statements sent to news outlets such as the Washington Post.

New York governor Andrew Cuomo was somewhat less tight-lipped, saying in a statement that “The FaceTime bug is an egregious breach of privacy that puts New Yorkers at risk. In New York, we take consumer rights very seriously and I am deeply concerned by this irresponsible bug that can be exploited for unscrupulous purposes. In light of this bug, I advise New Yorkers to disable their FaceTime app until a fix is made available, and I urge Apple to release the fix without delay.”

How to Disable FaceTime in iOS

If you want to disable FaceTime, you simply go to settings, scroll down to FaceTime, tap on it, and toggle the on/off switch to turn FaceTime off.

Scroll down to and select FaceTime: 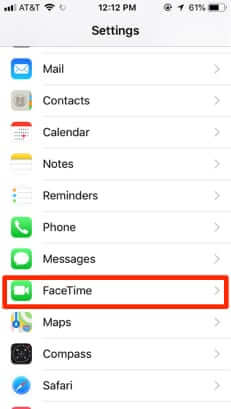 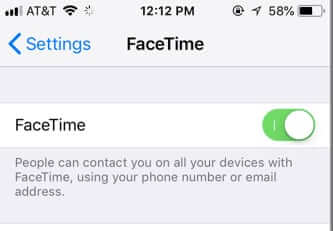 How to Disable FaceTime on a Mac 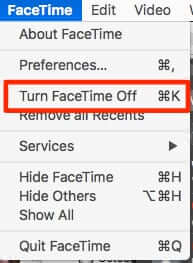 If you don’t see this option, it usually means that you are not signed in on FaceTime, so it is already essentially disabled.

The issue was first picked up and announced by Mac news and information site 9to5 Mac, in their article Major iPhone FaceTime bug lets you hear the audio of the person you are calling … before they pick up. This was published at 3:41pm Pacific time on Monday (January 28th). About 4 1/2 hours later, Apple took the FaceTime group chat feature offline (see above image).

In their article, linked-to above, 9 to 5 even includes instructions for how to exploit this bug. Explains 9 to 5:

Here’s how to do the iPhone FaceTime bug:

Start a FaceTime Video call with an iPhone contact.

Whilst the call is dialling, swipe up from the bottom of the screen and tap Add Person.

Add your own phone number in the Add Person screen.

You will then start a group FaceTime call including yourself and the audio of the person you originally called, even if they haven’t accepted the call yet.

We leave it to you to determine the merits of publishing how to exploit a privacy bug – we are comfortable quoting this because Apple has said they have disabled it, and in our own testing we don’t even have the ‘add person’ option available now.

Still, there are a whole lot of unanswered questions here – a couple of them being how much do we trust Apple to stress test their systems to make sure that users’ security and privacy are actually protected, and why did it take more than 4 hours from the bug being outed publicly for Apple to respond and do something about it?

What You Need to Know about Chip and PIN or Signature Cards
Best Portable Emergency Weather Alert Radio? Your Phone!
What is Zoom and Why is Everyone Using It?
Teen Driving App DrivePulse Offers Remote Tracking of Your Teen Driver
The 3 Things You Need to Know About the Heartbleed Bug
Microsoft Intentionally Failing to Patch Critical Vulnerability in Explorer IE 8
Yes, You Can Download All of Your iTunes Purchases Again
Yes Hackers Really Do Hack Baby Monitors
Share the knowledge

Number of people who have enjoyed this article: 1,089