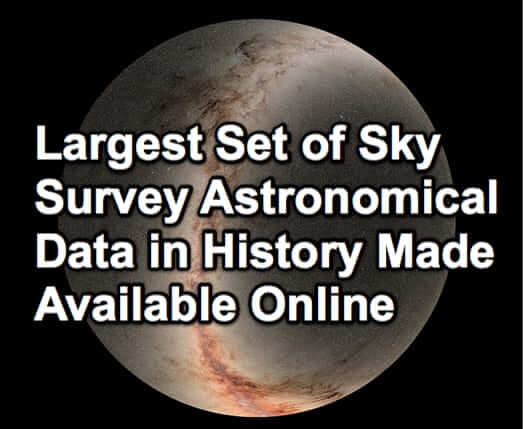 We put the universe in a box and everyone can take a peek.

The largest data set of astronomical sky survey data in history has just been made available on the Internet, for free, and for anyone to access. The data, the second edition of data from the Panoramic Survey Telescope and Rapid Response System (Pan-STARRS), comprises over 1.6 petabytes of data. A petabyte is one million gigabytes. To put that in perspective, that is the equivalent of two billion mobile phone pictures, or fifteen times the amount of data contained in the Library of Congress.

This release of sky survey data is based on the same data as the release of data in 2016, the collection of which was concluded in 2014, however where the 2016 data release was of combined data, this new release is of individual exposures.


“Pan-STARRS DR2 represents a vast quantity of astronomical data, with many great discoveries already unveiled. These discoveries just barely scratch the surface of what is possible, however, and the astronomy community will now be able to dig deep, mine the data, and find the astronomical treasures within that we have not even begun to imagine,” explains Dr. Heather Flewelling with the Institute for Astronomy in Hawaii. 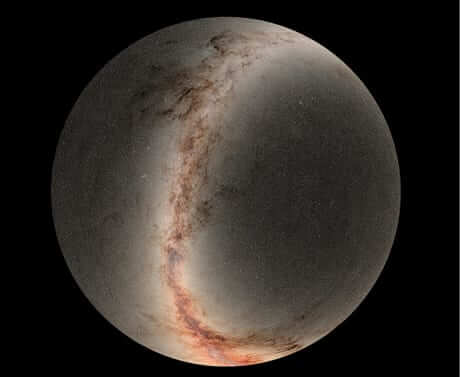 Sky photographs taken by the Pan-STARRS Observatory. According to Phys.org, “the center of the circle is the north celestial pole… The bright band extending from top to bottom is our Milky Way galaxy. The center of the galaxy is near the bottom edge of the image where the galaxy is brightest. In total, Pan-STARRS catalogued more than 800 million objects within this image. The image includes both stars and galaxies, although most of what is visible are objects in the Milky Way.”

Explains Dr. Ken Chambers, Director of the Pan-STARRS observatories, “The Pan-STARRS1 Survey allows anyone access to millions of images and catalogs containing precision measurements of billions of stars, galaxies, and moving objects. While searching for Near Earth Objects, Pan-STARRS has made many discoveries from ‘Oumuamua passing through our solar system to lonely planets between the stars; it has mapped the dust in three dimensions in our galaxy and found new streams of stars; and it has found new kinds of exploding stars and distant quasars in the early universe. We hope people will discover all kinds of things we missed in this incredibly large and rich dataset.”

‘Oumuamua is the very first interstellar object to be detected passing through our solar system. It was first discovered in November of 2017, and thus has an official designation (name) of 1I/2017 U1. For a fascinating overview of the challenges in determining the origins and import of ‘Oumuamua, read How to Approach the Problem of ‘Oumuamua, Abraham Loeb’s (Chair of the astronomy department at Harvard) article in Scientific American.

Artist’s rendering of ‘Oumuamua based on scientists theorizing that vents on the surface of ‘Oumuamua ejected jets of gases, boosting the speed at which 1I/2017 U1 was traveling as it passed by Earth.

Says Conrad Holmberg, a database engineer with the project, “We put the universe in a box and everyone can take a peek.”

If all of this sets your heart a’flutter, you can access the Pan-STARRS data here.

Scammers Run Up Your Cell Phone Bill with One Ring - Read How They Do It
Skype Translator Brings Us One Step Closer to an Actual Babel Fish
LiveJournal Users Deleting their Accounts in Droves Now that LiveJournal is Fully Under Russian Cont...
Is It Possible to Delete Yourself From The Internet?
Woman Widowed by Terror Attack Sues Twitter for Enabling ISIS
Hundreds of Ancient Writings Scanned and Put Online in World Digital Library
The Blue Whale Suicide Challenge Game for Teens - It's Real Enough
Technology Helping in the Fight Against The Coronavirus
13shares