Depending on your security and privacy settings on your Apple Mac, you may get a message that software or an app you were installing “was blocked from opening because it is not from an identified developer.” And when you try to override it, the ‘Allow’ or ‘Open Anyway’ button doesn’t work. The explanation below may be why! 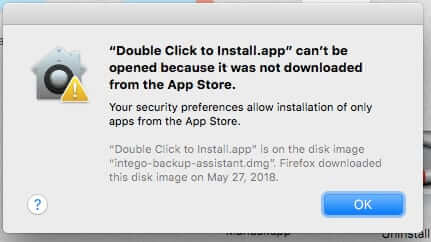 To find these settings, open System Preferences on your Mac. 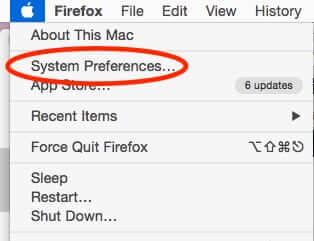 At the bottom of the screen, under the General tab, you will see your ‘Allow apps downloaded from’ setting. 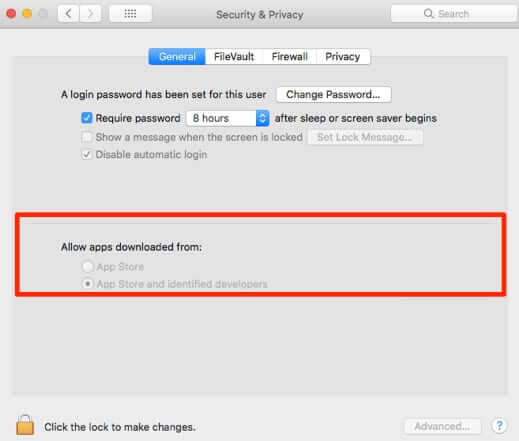 If you have ‘App Store’ (only) checked, that may be your problem, and you can change it to ‘App Store and identified developers’.

However, if you are reading this, you probably already have ‘App Store and identified developers’ checked, and may even still have the option for ‘Anywhere’ and have that checked, but the problem is that clicking on the ‘Allow’ or ‘Open Anyway’ (depending on what version of OS X you have) button does exactly…nothing.

Here is the most likely – and inobvious – reason that your Allow or Open Anyway button is not working when you try to open that app:

The secret is in any other user accounts that you have on your Mac. Even if you have not created any account for any other user, you at minimum may well have a ‘Guest’ account, even if you did not set one up (read here to read more about that guest account and how to remove it).

Because guess what? The other users (well, the other user accounts) on your Mac also have to ‘allow’ it before the app can be unblocked and loaded!

So, switch to the other user account (presumably you are the administrator of your Mac, so you can do this). 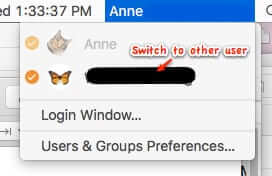 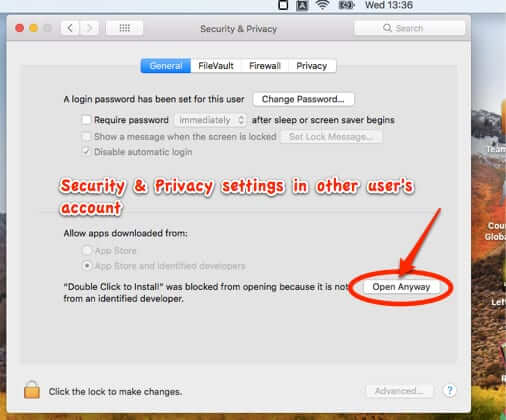 Switch back to your account and you will be able to (finally!) dismiss that warning and open your app!

Now, if you want to restore the ‘Allow apps downloaded from Anywhere’ option, read on.

So let’s turn you into the Keymaster.

Now, if the below makes you squeamish, or if you aren’t familiar with even a single one of the terms below, then you should not do this.

But for power users and other geeks, here’s what to do:

Then, at a shell prompt (if you have to ask what that is, or how to get to it, you shouldn’t be doing this), type:

Now open System Preferences, go to Security & Privacy, and look upon what you hath wrought. 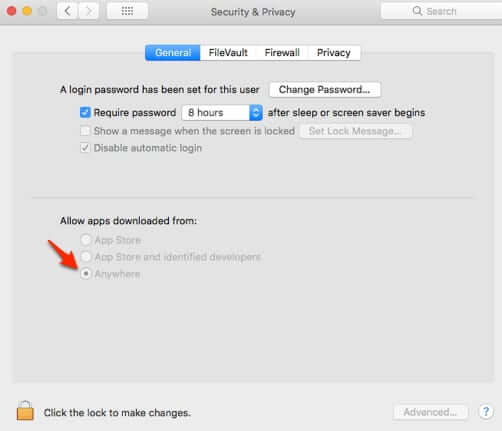 How to Add or Remove Background Color of Email Messages in Your Message List in Apple Mail
How to Disable the Notification Center Notifications Panel on Your Mac or Macbook
iPhone WiFi or Bluetooth Automatically Turns Back On? Here's Why and What to Do About It
Why New and Improved Siri Compromises Your Privacy Even More
How to Delete Internet History and Search History from Internet Explorer, Safari, IE7, Firefox and G...
Warning: iTunes Gift Cards Can Only be Used in the Country in Which They Were Purchased
Best Image to Text OCR App for the iPhone and iPad - and it's Free!
How to Make Your iPhone Work for You
Share the knowledge

3 thoughts on “Allow Button not Working when App is Blocked from Loading on Mac? This May be the Problem! Plus How to Get that ‘from Anywhere’ Option Back”

Number of people who have enjoyed this article: 7,458