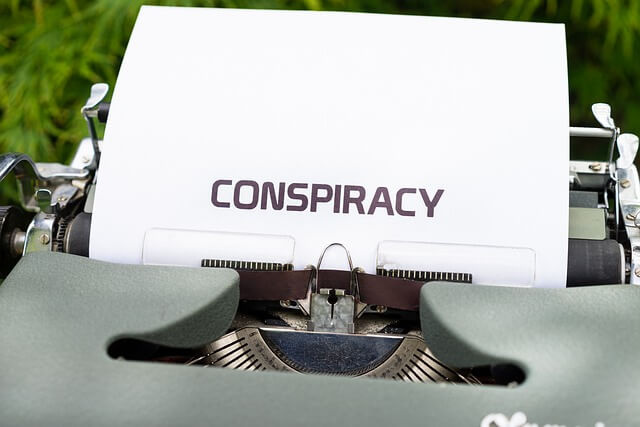 QAnon is an Internet-based conspiracy theory holding that a cabal of politicians, celebrities, pedophiles, and human trafficking cartels are covertly controlling world events while collecting life-extending compounds from the blood of trafficked children.

QAnon’s origins harken back to a post, posted by an anonymous poster on 4chan, on October 28th, 2017. The poster claimed to have Q clearance in the intelligence circle, meaning they have access to highly classified information – persons with “Q clearance” at the Department of Energy can view classified information. The poster who became known as Q claimed they had information about Trump’s efforts to save the US from the deep state and global cabal comprising of satan worshippers, pedophiles, and human traffickers.


However, even before that, in 2016, a gunman driven by similar conspiracy theories on 4chan walked into a pizzeria in Washington, DC, with an assault rifle. He intended to investigate the claims he had read on 4chan that politicians and celebrities were hiding trafficked children in the basement of the pizzeria (it turned out the building does not have a basement). Luckily, no one was injured.

Since the coronavirus pandemic hit and conspiracy theories emerged linking the virus to the 5G network while claiming that there was a drive to vaccinate the entire world by the deep state, the cult has grown in leaps and bounds. Initially, the movement was dismissed as a passing underground conspiracy cult in the US, but it is now raising eyebrows as it spreads and takes hold in other countries, including the UK and other western nations, riding on viral content shared online.

Recently there have been QAnon rallies held in both the U.S. and Britain. While not everyone attending those events agrees with the initial beliefs of the cult, the COVID-19 pandemic seems to have legitimized the distrust most of the attendees hold of most governments.

QAnon is not an organization per se, but a movement based on many conspiracy theories. All are far-fetched and without any meaningful supporting evidence. Some theories claim that the wealthy Rothschild family controls all the banks in the world (we know they do not).

While these conspiracy theories sound bizarre and absurd, QAnon can no longer be ignored as it seems to be catching on quite fast. Since most people who join QAnon usually come across links or content related to the movement on social sites such as Facebook, Twitter, YouTube, Gab, and Parler, it is important to desist from sharing such content when it shows up on your newsfeed. In addition, since the movement mostly exists on the Internet, unplugging could help to clear the mind long enough to refocus on factual and evidence-based information.

Though QAnon seems to have slowed down a bit after the elections, the movement will most likely emerge with new false claims to help it get more followers. So be sure that you have fact-checked anything you do share on social media so that you aren’t contributing to the problem!

Instagram WhatsApp and Parts of Facebook Down on July 3rd 2019
Global Privacy Control, Will It Succeed Where 'Do Not Track' Failed?
How to Direct Phone Calls From Your Android Phone to Your Windows 10 PC
TIP on Hiatus
Number Neighbors: The Dangerous New Trend in Reaching Out and Touching Someone
With Kids Having Increased Online Time Here is How to Protect Them Using Free Parental Control Apps
Will SpaceX Internet Interfere with Astronomy?
What is Zoom and Why is Everyone Using It?