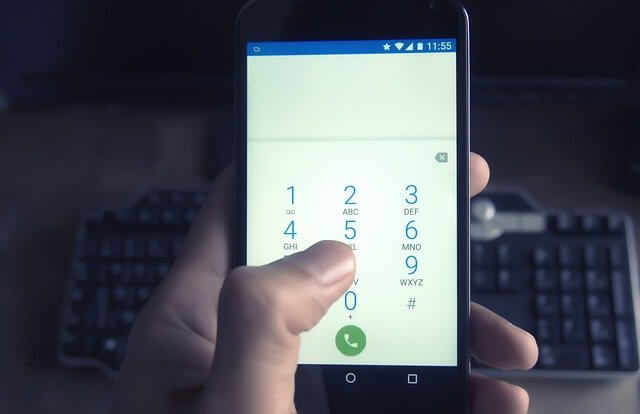 Making calls and answering your phone while working on your PC can be pretty annoying, but Microsoft has changed all that via a recent feature, thus enabling you to use your phone without stepping away from the computer. The feature, commonly known as Calls, is part of Your Phone app and came with the Windows 10 October 2018 Update. Note that this feature only works with phones running Android 7 or newer versions of the OS.

Microsoft is not the first tech company to build apps connecting phones to PCs. Apple introduced Continuity in 2014 enabling Apple devices to interact with each other. Samsung has DeX, a feature that allows users of its mobile devices to connect to PCs running macOS and Windows.

From your phone, open the Your Phone Companion app and sign in with your Microsoft account. Remember to grant the app permission to access your call logs, text messages, contacts, and media. With both devices signed in, they are now set up and ready to interact with each other.

Proceed to connect the computer and phone to the same Wi-Fi then boot both devices. When you switch on the devices, they will establish a link and a notification will pop up on your phone requesting you to allow the devices to connect. Select “Allow.”

With both devices connected, your mobile device will show up on the computer in the Your Phone app, and there will be a dialer labeled Calls at the bottom of the phone’s name and image. This is where you go every time you need to place a call by using the dialer or searching for the contacts. When you have an incoming call, the app will display the Answer or Decline dialog box on your PC screen.

Note: In some instances, you will have to connect your phone to the PC by using Bluetooth in spite of Your Phone having a streamlined capability to get access to the dialer.

And just like that, Microsoft has made it convenient for Android phone users to make calls by syncing their devices with their PCs.

Spotify Goes for World Domination with Acquisition of Podcast Companies
Your Digital Trail: Can Your Online Past Haunt You?
Personal Data Protection: Why Consumers Should Demand More in 2020
What is Zoom and Why is Everyone Using It?
Number Neighbors: The Dangerous New Trend in Reaching Out and Touching Someone
Updated Information about the Massive ParkMobile Data Breach
TIP on Hiatus
Help the Internet Patrol by Taking this 1-Question Survey on Email Personalization
Share the knowledge