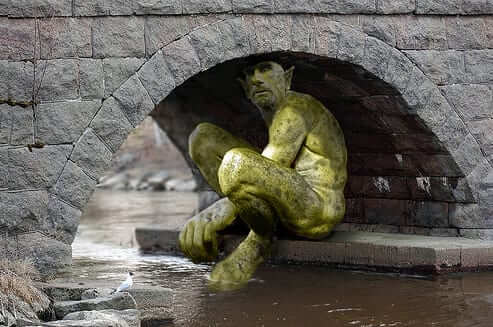 From the “Duh!” department, a new study of the personality of Internet trolls reveals that they possess the so-called “Dark Tetrad of personality”, meaning that they exhibit the personality disorders of psychopathy, narcissism, sadism and Machiavellianism, all rolled into one.

The study, published in the Journal of Personality and Individual Differences, was conducted by two Canadian researchers, Erin E. Buckels and Delroy L. Paulhus, of the University of Manitoba and the University of British Columbia, respectively.

According to the study, “In two online studies (total N = 1215), respondents completed personality inventories and a survey of their Internet commenting styles. Overall, strong positive associations emerged among online commenting frequency, trolling enjoyment, and troll identity, pointing to a common construct underlying the measures. Both studies revealed similar patterns of relations between trolling and the Dark Tetrad of personality: trolling correlated positively with sadism, psychopathy, and Machiavellianism, using both enjoyment ratings and identity scores. Of all personality measures, sadism showed the most robust associations with trolling and, importantly, the relationship was specific to trolling behavior. Enjoyment of other online activities, such as chatting and debating, was unrelated to sadism. Thus cyber-trolling appears to be an Internet manifestation of everyday sadism.”

However we prefer this nifty graphic, which was posted by Buckels to the [Page no longer available – we have linked to the archive.org version instead] website:

Click on this image to go to the full-size image on the Academia site
[Page no longer available – we have linked to the archive.org version instead]

So, what does this mean? Well, the bottom line is that it confirms what so many have been saying all the long: don’t feed the trolls!

Many Online Articles Written by Bots not Humans
Is Pink Tech Really a Problem or Just Not a Solution?
The Ultimate Geek Argument
Cool Photo Editing Apps That Makes Your Phone Pictures Standout
More Than Half of Americans Check Email in Bed
How a Meme Goes Viral, Takes on a Life of Its Own, Becomes Fake News and then Real: a Cautionary Tal...
The Blue Whale Suicide Challenge Game for Teens - It's Real Enough
Smartphones + Mobile Apps + Adaptive Workforce = Gig Economy
Share the knowledge

Number of people who have enjoyed this article: 2,992