After 12 years together, eBay and PayPal will go their separate ways next year. Ever since eBay acquired PayPal for $1.3 billion in 2002, the two companies have been deeply intertwined, serving as the twin pillars of the eBay tech behemoth. The highly lucrative PayPal, which after the split will be a publicly traded company, will now have to make its way alone. Why did eBay and PayPal split? Is it a good idea? And what does the decision mean for you?

In these immediate hours after the split, no grand theory articulating eBay and PayPal’s respective business objectives, and why these objectives must be pursued in separation, has been announced. However, there is general talk about how each company can respond better to future challenges as independent enterprises. There is a particular emphasis on maximizing PayPal’s agility, which, as one of the main players in the e-commerce industry, faces stiff competition. Apple Pay, the new digital wallet announced in September by Apple, will compete directly with PayPal and is viewed as particularly threatening given the company’s past successes and loyal following. By breaking the companies apart, they will each grow into their fully-realized forms, allowing both PayPal and eBay to define their mission and attributes separately as the e-commerce industry continues to evolve, or so the thinking goes.


Whether the split is a good idea is another matter, and not all people are in agreement about it. Most notably, John Donahoe, the CEO of eBay, was very much opposed to breaking the companies apart, a move that was pushed hard by Carl Icahn, an activist investor with a 2.5% stake in eBay. Overall, though, the market has rewarded the decision so far, with eBay’s stock rising more than 8% since the announcement was made just a few hours ago.

Regardless of how both companies perform in the future, it is undeniable that eBay is losing a major component of its business. PayPal has been enormously successful, and in the most recent quarter, the company’s revenue has risen to about $2 billion, which is 45% of eBay’s total revenue, according to ABC. The company also continues to gain more customers, in part because traditional credit card companies have struggled with consumer weariness after major data breaches at retailers like Target and Home Depot.

And finally, what does the split between PayPal and eBay mean to you? At the moment, not much, unless you are an eBay shareholder, and in fact nothing will happen at all in the immediate future since the two companies won’t part ways until the second half of next year. Regular users of either company likely won’t notice any major changes to service, and in any case any major changes may not be related to the split. However, it is worth noting that PayPal continues to expand into other industries, and at this point the company does much more than facilitate the transfer of money from one person to another, PayPal’s core function. Indeed, the company is forming into a more traditional financial services company – just recently it started offering loans to small business, for instance – and perhaps this evolution will accelerate once PayPal becomes a standalone entity.

It’ll be interesting to see what happens to PayPal and eBay, and we will certainly have our eyes on, and continue to write about, both companies.

Is It Possible to Delete Yourself From The Internet?
It's Not Too Late to Avoid These 5 Amazon Prime Day Mistakes
How to Change or Update Your Phone Number in Your eBay Account
How to Cancel or Close a Payloadz Account
Ebay Changes Way it Taxes Sales, Affecting Most Buyers and Sellers (List of States Requiring Intern...
Paypal Starts Charging for Sending Money from Paypal to Friends and Family
You May be Owed Money from Paypal in Class Action Settlement for Improper Holds, Reserves, and Suspe...
How to Add Products in Paypal for Use with a Mailing List API 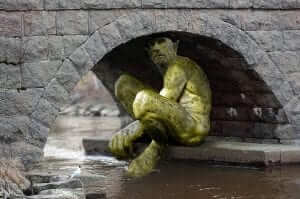