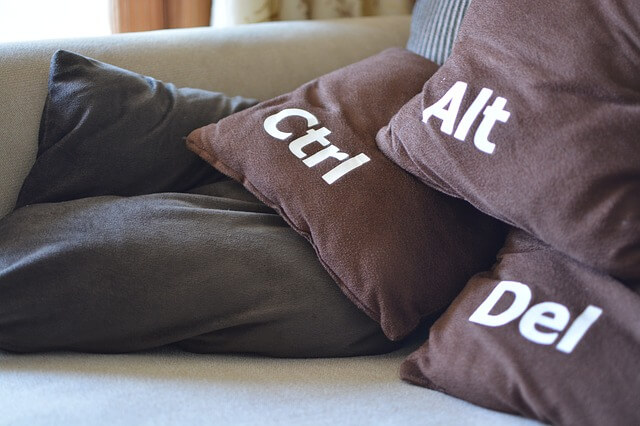 You probably do not think much about it as you press the three-key combination of Control-Alt-Delete, commonly known as security keys or the “three-finger salute” whenever Windows acts up. You probably also use it when locking or logging out of Remote Desktop. But did you know that this combination came about accidentally?

Here is how it happened: In the Spring of 1981, David Bradley, who had joined IBM in 1975 was working in an obscure office in Boca Raton, Florida. Bradley was among 12 engineers selected to work on IBM’s Acorn project. The project involved building IBM’s first personal computer.

Acorn was a rushed project as RadioShack and Apple had already started selling their brands of personal computers, so IBM was playing catch up and the engineers had a one-year deadline to finish the project.

Since the team had limited time to create a personal computer and the system they were working on had to be rebooted whenever they encountered a coding glitch, Bradley came up with a simple fix that triggered a system reset without conducting memory tests.

Bradley was not trying to be famous and he did not even think much about it. Neither did he intend to make the shortcut available to consumers. Instead, it was meant to assist him and his fellow engineers to reboot the system quickly.

Acorn was finished on schedule and IBM went on to sell millions of personal computers, ushering in a new computing age. All this time, users were not aware of Bradley’s shortcut laying quietly in their devices. During this period, IBM dominated the personal computer market with the devices running Microsoft’s command-line OS, MS-DOS.

In the 1980s, Microsoft was dominating the computer market the Windows operating system. However, Windows was encountering a serious problem as computers crashed and the “blue screen of death” became a constant threat. Over time, someone discovered Bradley’s quick fix and soon word spread that ctrl+alt+del worked wonders and saved computer owners a lot of grief.

Initially, Microsoft used the CTRL + ALT + DEL combination to secure personal computers against malware trying to intercept the username and password in order to access user data on the computer. The company tried to convince IBM to create a single Windows button to execute login in command for Windows, but IBM would hear none of it. However, Microsoft still continued using the 3-key combination as their Windows login command in spite of Bradley and IBM turning down their request.

And that, ladies and gentlemen, is how Ctrl-Alt-Del became a permanent feature, especially in personal computers running Windows for rebooting the OS or ending an application task.

More than 800Million Email Addresses Exposed in Verifications.io Blunder
Paypal.me an Open Invitation for Scammers
Facebook Service WhatsApp Fined $267million for GDPR Violations
What You Need to Know about TikTok
How to Display Code in a WordPress Post - It's Easy!
Quora Announces First Major Data Breach of December
How to Display a List of the Newest Posts at the Top of BBPress Forums
How to Force Firefox to Update a Password
Share the knowledge

One thought on “The Story of CTRL + ALT + DEL: How these Shortcut Keys Became Famous”

Number of people who have enjoyed this article: 897