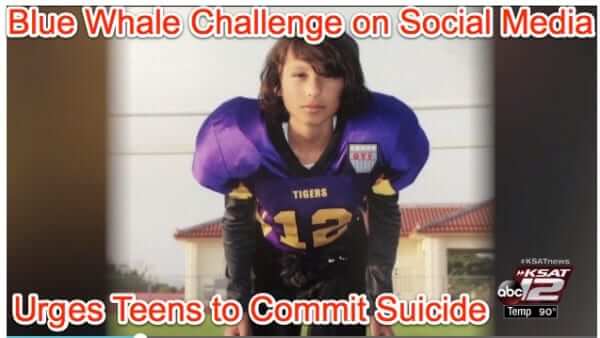 The Blue Whale Challenge, also known as the Blue Whale Game, is purported to be a deadly game which targets teenagers online and through social media. Said to be named after the way a blue whale will beach itself and die, Blue Whale consists of 50 challenges, increasingly harmful, photographic completion of which you send back to your handler (known as the ‘curator’ or the ‘administrator’), with the final fiftieth challenge being suicide, also broadcast via social media.

While the existence of Blue Whale Challenge has been debated since at least 2015, more and more evidence suggests that it is very real indeed. While perhaps it wasn’t a real thing back in 2015, it is most decidedly real now, whether because someone took up the reins after stories of Blue Whale surfaced, or because it was already real back then.


The most recent victim of the Blue Whale Challenge, just this week, is 15-year-old Isaiah Gonzales, of San Antonio, Texas, whose parents found him hanging in his bedroom closet, with his cell phone pointing to his limp body, broadcasting his final deed.

Isaiah’s heartbroken father, Jorge Gonzales, told San Antonio news station KSAT “I want [parents] to go through their phones, look at their [children’s] social media. If they’re on that challenge already, they can catch that from happening.”

Isiah’s family found pictures of Isaiah completing some of the earlier Blue Whale Challenges, which they say Isaiah had sent to friends, indicating what the 50th challenge would be.

Social media hashtags associated with the Blue Whale Challenge include #BlueWhale, #BlueWhaleChallenge, and #BlueWhaleGame, and also may include #F57, #F75, and #F58.

The poster of the last image said, along with the picture, “I used only to drink coffee #bluewhalegame,” an apparent reference to the challenge where you have to drink bleach or another noxious substance.

There are some who still say that the game is urban legend. In fact, in February Snopes listed it as “unverified” (not disproven, just unverified).

However, the Wikepedia article on the Blue Whale Challenge cites nearly 200 citations demonstrating that the Blue Whale suicide game is all too real, even if originally it wasn’t. That article also cites incidents from 18 different countries which are purported to be linked to Blue Whale.

What many of the incidents have in common is that one of the first double-digit challenges (such as challenge #10 or #11) involve cutting, sometimes in a particular pattern, including, yes, a whale. (For more on the list of challenges, see this article at Heavy.com.)

The Wikipedia article also cites the arrest, in Russia, of Philipp Budeikin, who claims to have both invented Blue Whale, and to be personally responsible for the suicides of 16 teenaged girls. Budeikin says that he invented the game to cleanse society of those who have no value.

In a chilling interview with a StPetersburg.ru reporter, Budeikin says:

Question: Did you really push the teenagers to death?

Answer: Yes. I really did. Do not worry, you will understand everything. Everyone will understand. They were dying happy. I gave them what they did not have in real life: warmth, understanding, communication.

{Ed. note: The above is a small snippet – you can read the full interview here, but be warned, it is very disturbing.}

So, as Isaiah’s grieving father exhorts, and as you should be doing anyways, check your children’s social media accounts regularly. As we mentioned, hashtags associated with this game may include #BlueWhale, #BlueWhaleChallenge, #BluelWhaleGame, #F57, #F75, and #F58 (an explanation of the last three is in the interview with Budeikin).

White House Turns to Kickstarter to Raise Funds for Syrian Refugees
How to Deal With Remote Work Burnout as The Pandemic Stretches On
Verona Dating App Connects Israelis and Palestinians to Advance World Peace
Facebook 'Like' Button on Websites Makes Site Owners a Data Controller Under GDPR says Court
Facebook Post Sends Martin Shkreli to Jail
Amy Strickland - Every School Board's Nightmare or Nah?
What is Zoom and Why is Everyone Using It?
Skype Translator Brings Us One Step Closer to an Actual Babel Fish
33shares 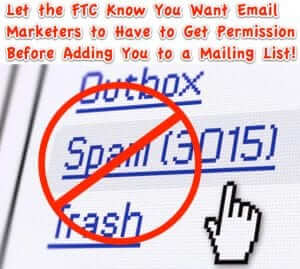 Hate Being Added to Email Mailing Lists without Your Permission? Now is Your Chance to Let the FTC Know!
33shares