If you’re tired of the privacy concerns of Facebook, the anonymous social network called Social Number may be right up your alley. Giving the question, “what’s your number” a whole new meaning, Social Number lets users pick a user number, which is their only identifier on the social network. That means users will not have user names or identifying photos, just assigned numbers. 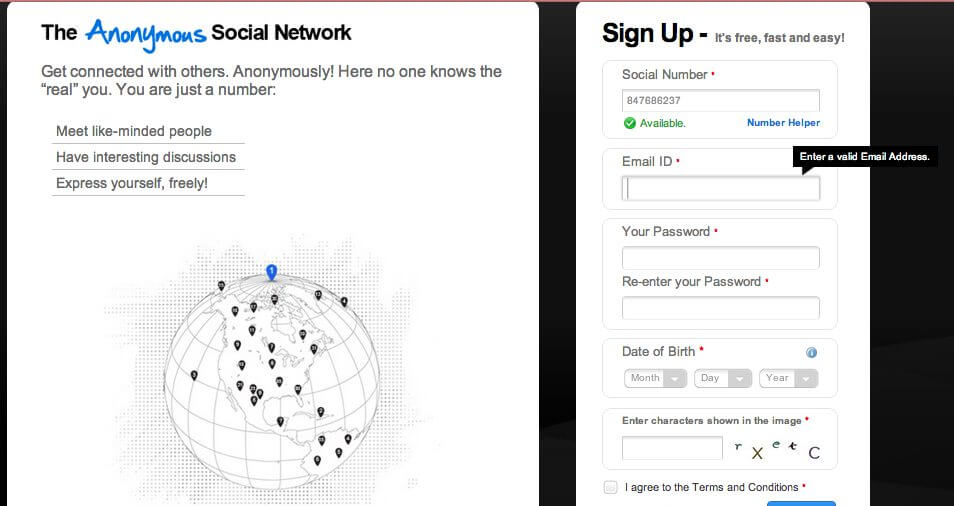 The idea behind the social network is that users can talk about anything and everything, without fear of retribution from those that they know in real life, such as family, friends and employers. Said the creator of Social Number, who simply goes by M.K., “I had been feeling for a while that there were privacy issues with most social networking sites. I just felt that any time you search someone’s name, it pops up in every different way, from Facebook and Twitter and everyplace else .” 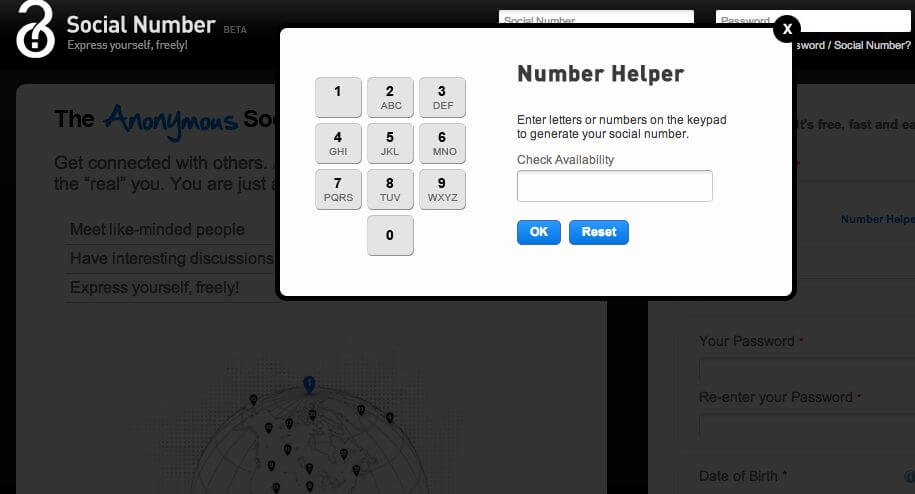 M.K. explains people are hindered from expressing themselves freely online due to the fact that their online presence is an extension of themselves in real life, which is often censored. With Social Number, there is no censoring ones self because no one will know who the user really is.

So what do people talk about when they have the freedom of anonymity? According to M.K. the conversations that most often take place center around sex, religion and politics, but also include such benign topics as cooking and soccer. Upon looking through the site ourselves, we saw groups such as “I Love Korean Dramas!,” “Baltimore Ravens Fan Group,” and “Foot Fetish.”

The groups are basically discussion forums, where users can start a thread, or add comments to an existing thread.

Social Number will also recommend “pals” (their version of friend connections) and groups, based on your interests. Of course the question on the minds of many: how far will Social Number let people go in terms of what they say? Says M.K. about the network’s policies, “As long as people are doing legal activity on the site, it’s a freedom-of-speech issue,” he went on to say, “I knew people would be using it for taboo topics like politics, government, or drug abuse, dating tips, sex and those types of things.”

M.K. went on to say that Social Number does monitor content, and also relies on users to report offensive threads and postings.

Social Number launched in December and already has several thousand users, with between 50%-70% of users living in the US. To check out Social Number for yourself, [Page no longer available – we have linked to the archive.org version instead] and reserve your own number.