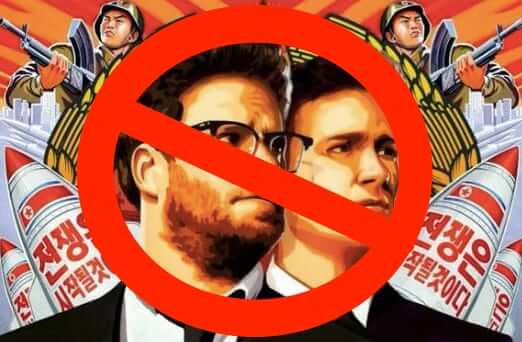 Here is what is going on around the Sony hack tied to Sony’s ‘The Interview’ movie, and the The Interview threat from the Sony hackers. The Interview, with a Christmas release date, sees Seth Rogen and James Franco’s characters going to North Korea to interview North Korean leader Kim Jong Un, and convinced by the CIA to take the opportunity to kill Kim Jong Un. Ahead of its release, hackers hacked into Sony, grabbed all sorts of private employee and corporate data, including copies of the movie and other unreleased movies including Annie, Mr. Turner, Fury, and Still Alice, and then issued the following threat, including allusions to 9/11:

We will clearly show it to you at the very time and places “The Interview” be shown, including the premiere, how bitter fate those who seek fun in terror should be doomed to.

Soon all the world will see what an awful movie Sony Pictures Entertainment has made.

The world will be full of fear.

We recommend you to keep yourself distant from the places at that time.

(If your house is nearby, you’d better leave.)

Whatever comes in the coming days is called by the greed of Sony Pictures Entertainment.

All the world will denounce the SONY.

As a result of this threat, several theatre chains, including Regal and AMC, have indicated that they will not run The Interview.

But this is not the only fallout from the Sony hack. In addition to theatres pulling The Interview, and in addition to the unreleased movies such as Annie and Mr. Turner showing up on torrent sites, the private information of Sony employees, such as social security numbers, and even their children’s social security numbers (which Sony would have had for benefits coverage), have been leaked by the hackers, along with the salaries of Sony executives and actors, as have the personal emails of Sony executives, some of which are very embarrassing (not to mention full of confidential information).

In particular, the private email of Sony Pictures co-chairman (well, for now) Amy Pascal, which the hackers made public, has been the most embarrassing and titillating leak since the Snowden leak of diplomatic communications in 2013.

In an exchange between Pascal and producer Scott Rudin about Angelina Jolie, Rudin advises Pascal that “YOU BETTER SHUT ANGIE DOWN” (sic), and tells her that, with respect to Jolie’s desire to do a Cleopatra movie with Rudin, “I’m not remotely interested in presiding over a $180m ego bath that we both know will be the career-defining debacle for us both. I’m not destroying my career over a minimally talented spoiled brat who thought nothing of shoving this off her plate for eighteen months so she could go direct a movie. I have no desire to be making a movie with her, or anybody, that she runs and that we don’t. She’s a camp event and a celebrity and that’s all and the last thing anybody needs is to make a giant bomb with her that any fool could see coming. We will end up being the laughing stock of our industry and we will deserve it, which is so clearly where this is headed that I cannot believe we are still wasting our time with it.”

And then there is this tidbit, in which Pascal discusses with Rudin what she should say to President Obama, whom she will meet at an upcoming breakfast meeting at Jeffrey Katzenberg’s (CEO of DreamWorks) house:

Pascal: “…at this stupid Jeffrey breakfast.”

Rudin: (suggests she chould ask the President if he would like “to finance some movies.”)

Pascal: “I doubt it. Should I ask him if he liked DJANGO?”

Pascal: “Or the butler. Or think like a man?”

And in an exchange with producer Mark Gordon about Leonardo DiCaprio, in which Gordon ponders as to why DiCaprio had pulled out of a movie about Steve Jobs, saying “Was this about the deal… or did he just change his mind?”, Pascal indicates it was the latter, and calls DiCaprio’s change of mind and pulling out “Actually despicable.”

Also revealed in the leaked Sony emails was that Jeapory! host Alex Trebek is tired of Sony Pictures not having his back. Talking about an episode of Jeopardy Kids that Sony wanted Trebek to retape (what, you thought they were reality tv?), Trebek says “If you all think I should retape the opening, I will. But I want to say that for 30 years I’ve defended our show against attacks inside and out. But it doesn’t seem to operate both ways. When I’m vilified, corporate (and certainly legal) always seems to say ‘don’t say anything and it’ll blow over,’ and I’m not feeling support from the producers, and that disappoints the shit out of me…If I’m making mistakes and saying things you don’t like, maybe it’s time for me to move on. It’s not a threat, but I want to let you know how I’m feeling.”

Meanwhile, even though the Department of Homeland Security says that there is no credible terror threat associated with the The Interview release date, Sony says that in light of the threat, theatres do not have to show The Interview.

Number of people who have enjoyed this article: 2,472