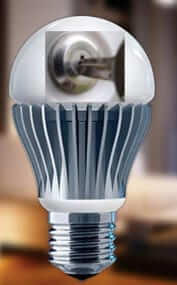 A lightbulb as a port of entry for a hacker to steal your wifi password? Yes! Specifically the LIFX smart lightbulbs, but it could be any smart bulb, or for that matter any other ‘smart’ thing connected to that Internet of things.

And this is exactly what has happened with the LIFX smart bulb.

The LIFX smart lightbulb was created by Phil Bosua, and funded by a Kickstarter campaign in which Bosua raised over a million dollars. 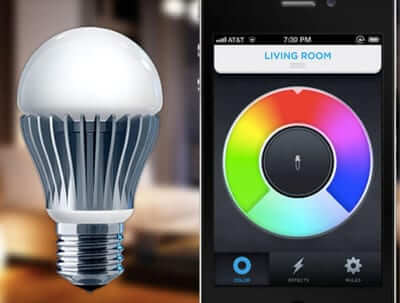 Now, security researchers at [Page no longer available – we have linked to the archive.org version instead] have revealed that they found a way to “inject packets into the mesh network, capture the WiFi details and decrypt the credentials, all without any prior authentication or alerting of our presence.”

Now, to be sure, these were very dedicated security researchers, and not your average hacker.

But the point is, these smartbulbs could be hacked. And while Context alerted LIFX to their discovery, a malicious hacker is not going to let the makers of a smart device know about their security flaws.

To their credit, LIFX immediately created a patch, and yet this still raises two very important questions:

As arstechnica’s Dan Goodin points out, “Marketers would have people believe they’re missing out unless their refrigerators, thermostats, and other traditional appliances are connected to the Internet. Yet over and over, these devices have been shown to introduce networking and privacy threats not present in non-networked iterations.”

Demonstrating once again that just because you can do something, it doesn’t mean that you necessarily should.

Urgent iOS 9.3.5 Security Update for iPhone, iPod and iPad
Wondering What the Hell is the Internet of Things? We Explain
UK Report: Mass Interception of Citizen Data Vital to Security
Microsoft Admits Breach, Hackers Accessed Users' Outlook, Hotmail, and MSN Email for Months (Full Te...
How to Install the Apple Security Update on Jailbroken Phones
5 Million Gmail Addresses and Passwords Leaked - Should You Worry?
How to Get Yourself Into Trouble with the Camera on Your Phone
ANA Admits This Week to Data Breach it Knew about While Fighting Breach Notification Legislation in ...