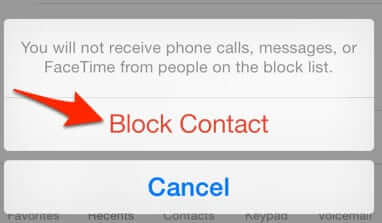 The “One Ring” and “Missed Call” cell phone scam is becoming more common. According to both the FTC and the FCC, the way this works is that you will get a call from a number that you don’t recognize, starting with what seems to be a U.S.-based area code, such as 809, 876, 649, 268, 473, or 284. The scam is that when you call back to see who it is trying to reach you, you are actually connected to an international “pay per minute” or “pay per call” line, that will run up your phone charges.

As it turns out, there are nearly 200 three-digit country codes that look like U.S.-based three-digit area codes. So far the scams seem to come from 284 (the British Virgin Islands), 268 (Antigua), 473 (Grenada), 876 (Jamaica), 659 (Turks and Caicos Islands), and 809 (the Dominican Republic). You can see a full list of international calling codes here.

According to both the FTC and the FCC, in warnings issued a few months ago, sometimes the scammers will leave voicemail under some pretense, urging you to call back.

Explains the FCC in their One Ring Wireless Scam warning, “If you return the phone call, you may be connected to an international hotline that can charge a fee just for connecting, along with significant per-minute fees if they can keep you on the phone. These charges may show up on your bill as premium services.”

The FTC, in their own warning about the one-ring and missed-call cell phone scam, advises that “If you get a call like this, don’t pick it up and don’t call the number back. There’s no danger in getting the call; the danger is in calling back and racking up a whopping bill.” The FTC adds that if you did fall victim to it, you should “try to resolve the charges with your cell phone carrier. If that doesn’t work, file a complaint with the Federal Trade Commission and the Federal Communications Commission.”

There are several ways to protect yourself against this scam:

To block calls on an iPhone, go to your recent calls list, and tap on the “i” in the circle next to the number that you want to block: 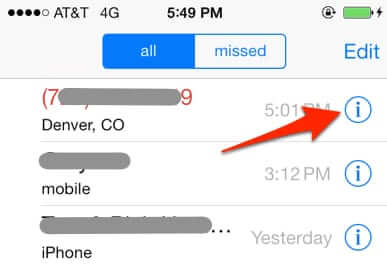 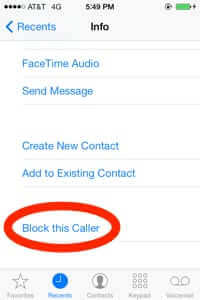 Even though the confirmation says “Block Contact”, the number you want to block does not need to be an actual contact (i.e. they don’t need to be in your “Contacts” in your address book).

If you have fallen victim to the one-ring, missed call scam, you can also file a complaint with the FCC here.

The Pros and Cons of Using the Chrome Password Manager
Foldable Phone Coming Soon from Samsung
Will SpaceX Internet Interfere with Astronomy?
How to Reduce the Amount of Time You Spend on Your Cell Phone
Coronavirus Email Scams and Phishing on the Rise - Don't Fall for Them!
What is a Virtual Restaurant? With Virtual Restaurants on the Rise We Explain
5 Cool Google Messages Features that are Helping People Stay Connected
Global Comcast Outage Continues into 4th Day
Share the knowledge

Number of people who have enjoyed this article: 3,304