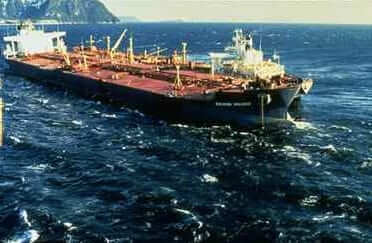 Did you know that as much as 96 percent of all oil produced in the United States by fracking is condensate – a so-called “light oil” or “ultralight oil” which U.S. refineries are incapable of using? Let’s say that again: as much as 96% of all fracking product is unusable in the U.S.. So why the big push for fracking? Here’s what the United States, and the oil producers in the U.S. want to do with it: they want to export it! That’s right, they are taking it out of your back yard, and selling it on the global market.

[Note: There are a number of online Internet petitions to stop fracking to which you can add your voice.]

But wait, you ask, isn’t there a ban on exporting oil, and doesn’t it include condensate light oil? Why, yes there is, and yes it does.

As David Weinberg of Marketplace explains in a revealing news article yesterday called
Oil from Fracking May End U.S. Ban on Exporting Oil, “Ever since the oil crisis of 1973, when oil prices nearly quadrupled as a result of an OPEC embargo following the Yom Kippur War, there has been a ban on U.S. crude oil exports.”

However, Weinberg goes on to say, the U.S. Department of Commerce is poised to exempt two private companies from that ban, to allow them to export condensate.

There are a few refineries in the U.S. that can process it now, but most refineries are only equipped to process heavier oil; and while some of those refineries are now scrambling to upgrade in order to be able to handle the condensate, the upgrades are costly, and not in place yet.

But wait, there’s more. It turns out that condensate is extremely volatile, and dangerous to transport. In fact, a report in in the Wall Street Journal this week, Oil From U.S. Fracking Is More Volatile Than Expected, notes that “Oil from North Dakota’s Bakken Shale field has already been identified as combustible by investigators looking into explosions that followed train derailments in the past year.”

So, while state and local governments look at the fracking question, and environmental advocates and fracking oil and gas industry associations battle it out, we want to step outside of that fray, and ask one simple, overriding question:

“If we can’t even use what is coming out of the ground with fracking, and if it is so volatile as to be dangerous, why are we allowing it?”

The bottom line is money; some will say “by exporting it it allows us to influence the global oil market, it will make us a stronger player, it will bring in billions in revenue.”

It seems to us, here at the Internet Patrol, that when you balance all of the environmental and health concerns against drilling for a product that is a) dangerously volatile, and b) can’t even be used in our own country, the scales tip pretty unevenly.

Sign the online national petition to end fracking at Food and Water Watch.org.

Sign the online petition to end fracking in national forests at MoveOn.org.

Sign other online petitions to end fracking at MoveOn.org.

Sign the online petition to end fracking nationally at Change.org.

Sign other online petitions to end fracking at Change.org.

Search for more online petitions to ban or investigate fracking.

What is Blockchain and Why is it in the News Now?
What Exactly is the "Right to be Forgotten"? Explanation and Full Text of Decision
Sidewalk 'Smartphone Lanes' are Now a Thing
ISIS Calls Anonymous 'Idiots' as Anonymous Declares War on ISIS
Judge Orders Man to Stop Using AllCaps in Email to Children
What is a Virtual Restaurant? With Virtual Restaurants on the Rise We Explain
How GDPR Affects Individuals in the U.S. and Around the World Including What Rights Individuals Have...
What is a GPO? We Explain
Share the knowledge

One thought on “Up to 96% of Oil from Fracking is Unusable in the U.S. – Read what the Oil Producers are Doing with It”

Number of people who have enjoyed this article: 4,667