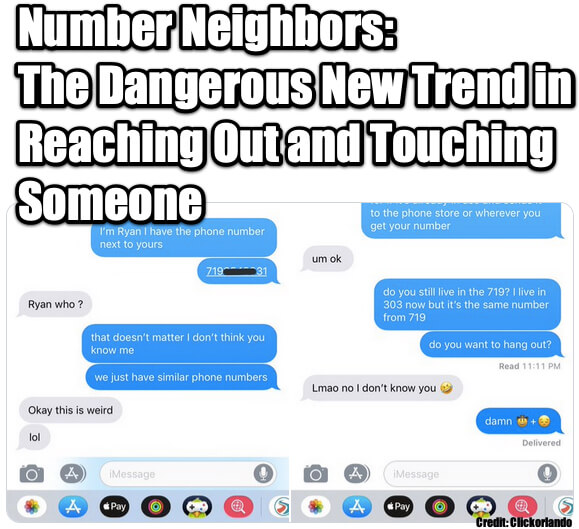 The term ‘number neighbor’ (“number neighbour” for our UK readers), or the cutesy “text door neighbors”, refers to the person who has the telephone number adjacent to yours. #numberneighbor is now trending on Twitter, as people text their number neighbors and post screenshots of the conversations to Twitter. 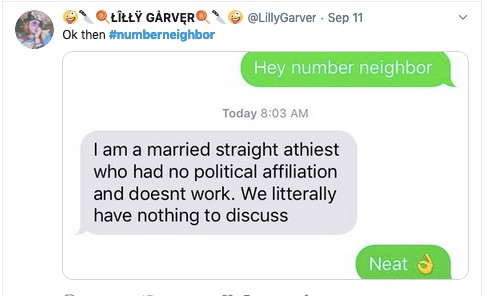 The thing is, this is no less dangerous – and in some ways more dangerous – than randomly stopping someone on the street to chat them up.

As soon as you text someone they know your phone number, from which can often be derived all sorts of things. Now, you may be thinking that they could do that anyways; after all, they already know your telephone number because you are their number neighbor also.

But a strange thing happens when you start talking (texting) with someone. You give away little things about yourself. If nothing else, you mark yourself as someone who is friendly and open to talking with strangers, and who probably has Twitter (as this is where this trend has really exploded). And some people go all out and meet their number neighbors, based on little more than the coincidence of them having a phone number that is one off from their own. 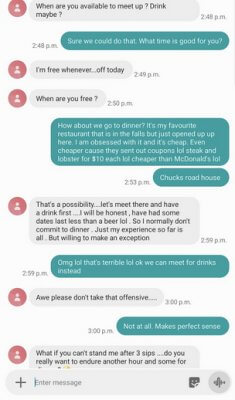 We’re sure that you are thinking “Well, I would never actually give out any personal information,” (hint: you already have), “and I certainly would never meet someone based on only that they are my number neighbor.”

Yet what is the point of reaching out to your number neighbor if not to chat with them? Isn’t the whole point of reaching out and texting your number neighbor to see how they respond, and take it from there? Nearly anything and almost everything you say to them can be mined to create a way to socially engineer their way into your identity, if not your life. 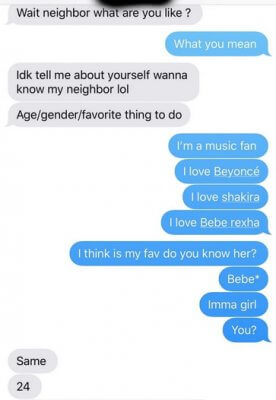 Even if they turn out to not be social engineering scamming masters, they are as likely as not to be, at least, nonplussed by you – a complete stranger – intruding on their day and taking up their time, if not downright annoyed or even angry. 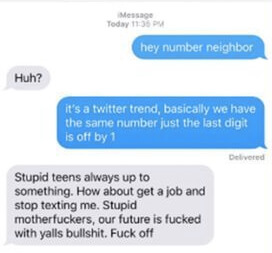 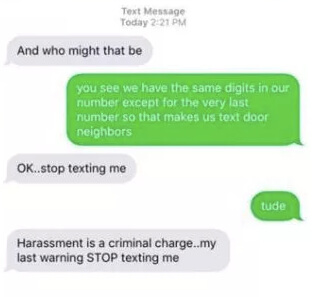 So, yeah, as fun as it may seem, texting your number neighbor just is not a great idea. In fact, it’s probably a downright bad idea.

How to Direct Phone Calls From Your Android Phone to Your Windows 10 PC
Full Text of June 16, 2022 Statement of Judge J. Michael Luttig to the January 6th Committee
Twitter and the FBI, sitting in a tree -
Change your computer’s settings to stop programs from spying on you
Is 5G Dangerous? The 5G-Coronavirus Theory Debunked
Help the Internet Patrol by Taking this 1-Question Survey on Email Personalization
How To Make Your iPhone *Not Work* For Your Schedule
If You Get a Text Message or Phone Call about a Package Delivery Do NOT Click on the Link!
Share the knowledge

One thought on “Number Neighbors: The Dangerous New Trend in Reaching Out and Touching Someone”

Number of people who have enjoyed this article: 1,126