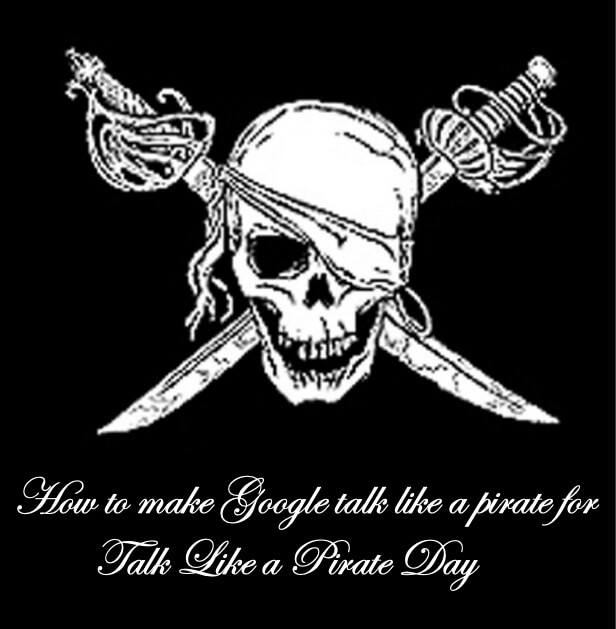 According to John (at least this bit is in his voice), “On this day, for reasons we still don’t quite understand, we started giving our encouragement in pirate slang. Mark suspects one of us might have been reaching for a low shot that, by pure chance, might have come off the wall at an unusually high rate of speed, and strained something best left unstrained. “Arrr!,” he might have said.”


The Talk Like a Pirate site is actually both fun and educational! For example, it offers a list of The Top 10 Pirate Pickup Lines, which include “Avast, me proud beauty! Wanna know why my Roger is so Jolly?”, “Pardon me, but would ya mind if I fired me cannon through your porthole?”, and, the #1 pirate pickup line, according to them, “Prepare to be boarded.”

We highly recommend visiting their site, once you’ve set your Google to talk like a pirate. Here’s how to do that:

From any page on Google, click on ‘Settings’, and choose ‘Languages’ from the drop down menu.

Once on the Google Languages page, click on ‘Show more’. 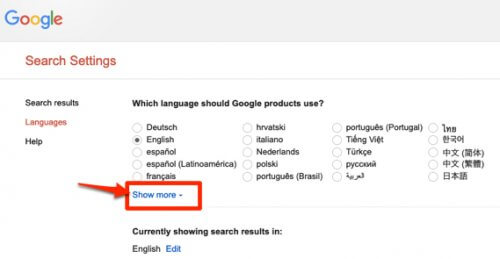 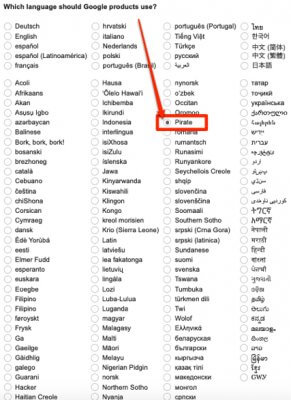 Be sure to select Save! 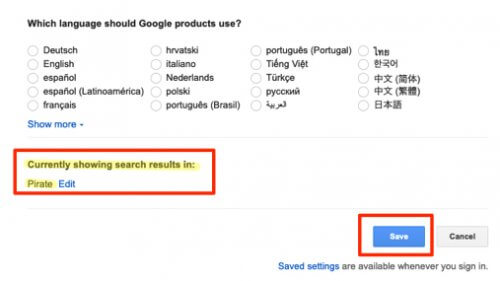 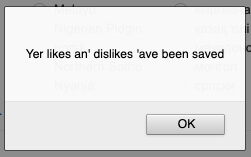 Google Searrrch and I Be Feelin’ Lucky 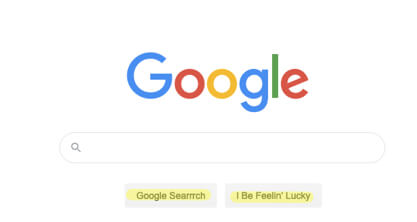 By the way, Google also has some other fun languages, including Swedish Chef (bork, bork, bork!), Elmer Fudd, and Hacker! 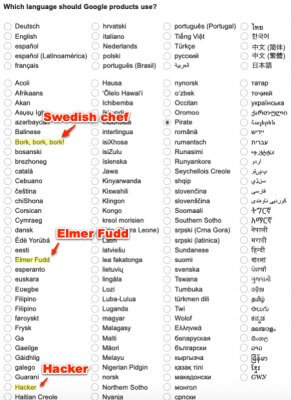 If you’re wondering just what ‘Hacker’ language looks like in Google, here you go:

Your Preferences Have Been Saved in Google Swedish Chef language Bork bork bork! 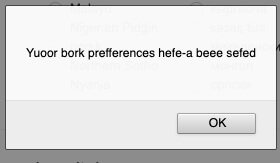 Oh, and if you want to start talking online or in text like a pirate yourself today, check out this online pirate translator.

5 Cool Google Messages Features that are Helping People Stay Connected
Google Acquires Smart Thermostat Company Nest
Do NOT Open Link in Unexpected Email with Google Docs Link Button!
How to Remove that Guest User Account from Your Mac or Macbook
How to Preschedule a Gift Delivery with Amazon
Gmail Sending Erroneous Bounce Error Messages
How to Stop and Get Rid of Adsense Auto Ads and Get Your Old Adsense Ads Back
How to Find and Cancel Paypal Subscription Payments in 2019
Share the knowledge

Number of people who have enjoyed this article: 1,903