You know how sometimes you will post a photo to Facebook along with some text in the post, and then later you want to remove the photo without deleting the post? It seems impossible, but you can do it, with a caveat. Here’s how to delete the picture but not the post on Facebook.

It seems kind of crazy to us that there is no obvious way to remove an image from a Facebook post that you posted, but there you have it. In fact, if you go to one of your posts that contains an image, and click on the edit drop-down menu, there is no option for removing the image. The only options are to hide it from your timeline, or delete it altogether. The ‘Edit Post’ option only allows you to edit the text. 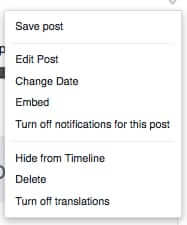 But, you can delete the image, using the instructions below. First, we mentioned that there is a caveat to how to delete an image from a Facebook post without deleting the post. The caveat is that it will leave a placeholder, where the image was, saying that the image is no longer available. In fact, what it says, exactly, is “Attachment Unavailable. This attachment may have been removed or the person who shared it may not have permission to share it with you.”

Still, there may be times that you really want to remove an image without deleting the post from Facebook, and cases where the above is still preferable to either leaving the image up, or deleting the entire post (for example, where the post has a lot of comments, and the thread is still going strong). So here it is.

1. Go to the post with the image that you want to delete

3. Hover over the image, so that you get the pop-up menu at the bottom, and select ‘Options’ 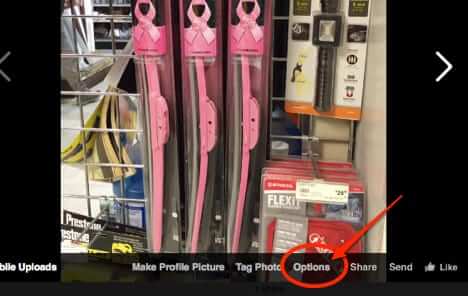 4. From the Options menu, select ‘Delete This Photo’ 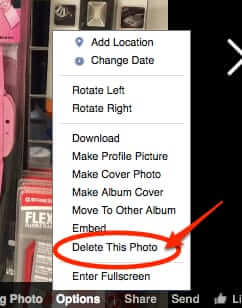 5. Confirm the deletion of the image.

IMPORTANT NOTE! If you do not get the above confirmation, and instead get the below confirmation, do NOT confirm the deletion! Sometimes Facebook lets you delete the image, and sometimes they don’t. We have not yet been able to determine when they do and when they don’t, although we suspect it has to do with either how recently the image was posted, or whether it’s in a post to a group versus a personal timeline.

Upon successful deletion, your post will now display the “Attachment Unavailable” info, instead of the image.

Number of people who have enjoyed this article: 8,118