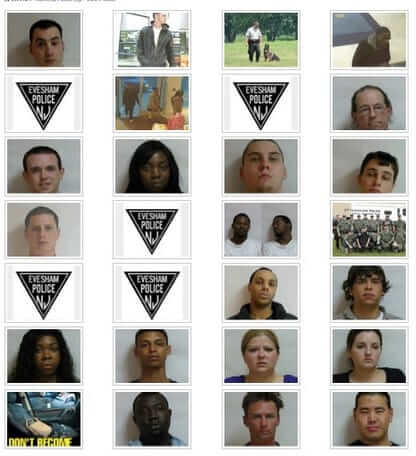 You’ve heard of the neighborhood crime watch? That’s where the citizens of a neighborhood keep their eyes open for crimes in progress and report them to the police. Well, the police department in the town of Evesham, New Jersey, has turned this idea on its head. They are instead informing the local citizenry of people who have been accused of crimes. They are doing it by posting names and mugshots and other photos of suspects on Facebook! And these aren’t just suspects who have been booked – they are even posting pictures taken before a suspect has even been arrested (let alone charged).

The controversial practice, which may or may not be legal, has been going on for a few months, although it only just came to national attention this past week.

Explains Lt. Walt Miller of the Evesham Police Department, “This arms the public with information and puts a face with a name. We’ve got a lot of information on our wall. We’re only as good as the information the public gives us.”

It may arm the public with information, but it also may well violate the suspects’ right to privacy (and remember, they are only suspects, who have not been found guilty of – or in some cases even charged with – anything).


Said one of the suspects who found her photo and details posted on the site after being picked up on suspicion of committing a misdemeanor, “For me it was a slip-up, and could hurt me and my reputation.”

She isn’t the only one who has issues with the Evesham PD’s practice. Says law professor Bernard Bell, “I suppose there might be a potential defamation claim where posting a picture and information was negligent and the suspect isn’t a public figure. It seems at the very least to be bad policy and inappropriate for a police department to do.”

But the Evesham PD loves their Facebook page, and has no intention of stopping. “We want to see every resident, business owner and person who drives through the community be a fan. That way we can better get our message out and solve crimes,” said Lt. Miller. He also explains that posting the images on Facebook is “in line with the department’s policy on public information and media releases.”

That said, they have cleaned out their comments section, which at one time boasted dozens of comments from the page’s more than 5500 followers.

In a statement on their page, the Evesham Police Department explained that “Management of these comments is becoming intensive. From this point forward any and all comments placed on this page will be removed so we can maintain the integrity of the page and our mission.” And a recent statement on their wall reiterates that “The Evesham Police Department reminds it’s membership that all comments will be removed from this page.”

But while their followers can’t post comments, the Evesham PD is still posting mugshots, and even pictures of people who have not yet even been questioned by the police, let alone booked or charged. 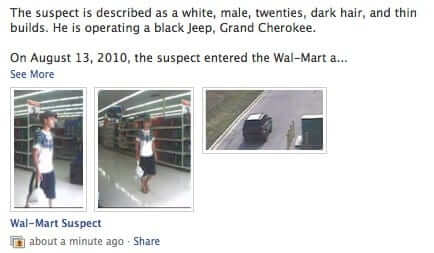 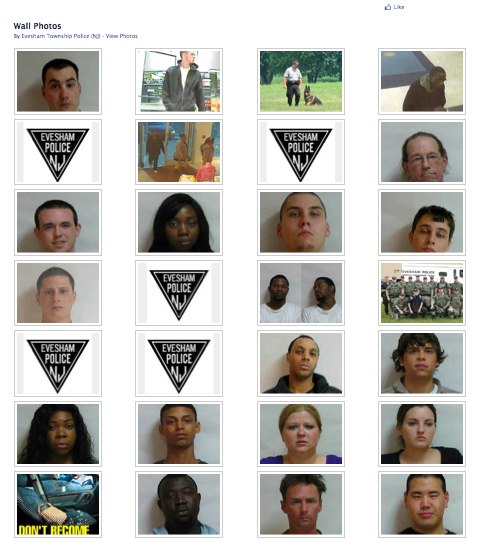 So, what do you think of this?

Facebook Shuts Down All Facebook Hosted Email and Email Forwarding
Deleting Email Leads to $1.45billion Judgement Against Company
Facebook Dark Mode Explained
Rumours of Facebook Charging $2.99 a Month a Hoax
Amazon Lawsuit Settlement Credit Refund Shows Up in Ebook Purchasers' Accounts
How to See All Your Friends Posts on Facebook Instead of Posts You Haven't Seen
Amazon Lawsuit puts Fake Reviewers in the Crosshairs
Yes, Facebook's Data Mining is a Problem
Share the knowledge

Number of people who have enjoyed this article: 4,470