Google services, including Google search and Gmail, were down today for many in the United States, most especially people in the southeastern U.S..

Google would neither confirm nor deny the outage, however reports of the outage came from many corners, and were widely reported in both news media and on social media.

Of course, the Twittersphere was lit up with such snarky comments as “How can I Google is Google is down if Google is down”, and “Looks like the Mayans were right, just six months late.”

Of course some people affected used other search engines, such as Bing and Yahoo, although we’re not sure whether “we are up when the other guy goes down” is really enough to boost their competitive edge. 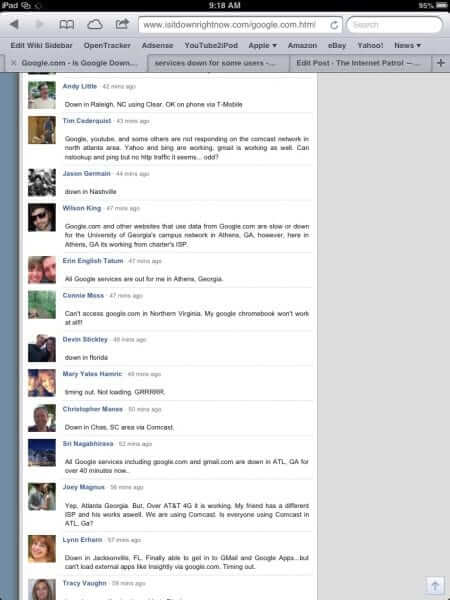 People also searched for google was down today

Google Takes on Slack, HipChat, Others with Google Spaces
Top Web Browsers for Android in 2020
Does Private or Incognito Mode Make Browsing Anonymous?
Google Ordered to Disclose Everybody who Searched for a Particular Person in Edina, Minnesota
Pakistan Accidentally Triggers YouTube Outage Around the World
The Pros and Cons of Using the Chrome Password Manager
Google Webpage Ranking: Do Sentiments Help?
Google Customer Match Lets Businesses Share Your Email Address with Google, the Better to Target Ads...
Spread the love