Facebook has proven to be a privacy nightmare time and time again, but this time Facebook has risen to the occasion. Well, its users have. Facebook users banded together and have saved a gay dog from certain death, at least, a dog that was surrendered to animal control by his owners, on the basis that he is gay. 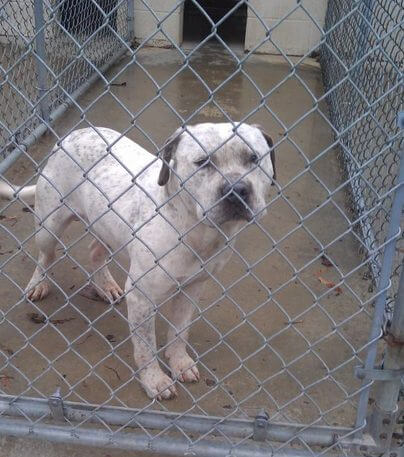 “Elton”, the big gay dog, has thankfully been rescued from his scheduled euthanasia, thanks to a campaign started by the Facebook group Jackson TN Euthanasia, and the diligent work of the Tennessee Rabies Control shelter in Jackson, Tennessee.

Wrote Stephanie Fryns of WOOF Connections, an animal rescue group, “This guy was signed over to RC, not bc he’s mean or bc he tears things up, but because… His owner says he’s gay! He hunched (mounted) another male dog so his owner threw him away bc he refuses to have a “gay” dog! Even if that weren’t the most assinine [sic] thing I’ve ever heard, its still discrimination! Don’t let this gorgeous dog die bc his owner is ignorant of normal dog behavior! He’s in kennel 10L and he WILL be put down tomorrow bc there is no room at the inn!”

It wasn’t long before Facebook users picked up on this post and began sharing and cross-posting. Said Fryns, “He will be neutered/ htwm tested/ and vetted. He will be temperament tested and then places in a rescue verified and approved home.” Later saying, “I have talked to them.. they know and will let me in at open. :)”

As of this writing, Elton’s post has garnered 1,326 “likes” and 5,500 shares and he has been rescued! that’s right, poor “gay” Elton has been spared his life and was picked up from the shelter. A shelter worker told Gawker.com, “I have had about 10 million calls this morning. It (the dog) has been adopted already. It is gone. He’s in good hands.”

As Psychology Today notes, animals can be gay, but dogs mount one another, regardless of sex, as a show of dominance. Elton was saved by Fryns at virtually the 11th hour, with an employee from Jackson Rabies Control, the shelter to which Elton was surrendered, confirming that he was scheduled to be permanently put to sleep at 1:00pm that day.

Says Fryn, after formally adopting Elton from the shelter, “He’s pretty scared of everything, which is understandable. But he loved the car ride.”

Update: In a statement, Darius Perry, the man who surrendered Elton to the shelter, says that it is not that he thinks Elton is gay, Elton is simply not mean enough. Perry claims that he wants a dog who will protect his family and, after seeing Elton let other dogs mount him and not doing anything about it, he felt that Elton was not up to the task of protecting the family against intruders. Says Perry, “It’s like a job. If I don’t do my job they will find someone who will and that’s all this is.”

Said Perry’s girlfriend, Sonya White, “Another dog mounted him and he just sat there and let him do it. Being a pit you’d think he’d try to fight and defend himself and be a stronger willed dog, but he just did not.”

We’re not sure that this explanation is really helping their case.

We congratulate Elton on his success in finding a higher-caliber family.

Note: While Elton had a very happy ending, there are still many wonderful dogs and cats at the Jackson-Madison Rabies Control shelter whose only chance at life is to be adopted by a loving family. If you are near the shelter, [Page no longer available – we have linked to the archive.org version instead]!