As Edward Snowden’s quest for asylum drags on, a new fear has surfaced: what if the Russians (who are ‘hosting’ Snowden) and/or the Chinese have already acquired all of the secret data that Snowden has in his possession? Observers point out that Snowden had been holed up in the Russian airport for days, that everyone knew it, that he had to sleep at some point, and that removing the data from his laptop without his knowledge, while he was asleep, would be very easy for both the Russians and the Chinese.

Snowden’s handlers, by which we means his friends, colleagues, contacts and lawyers, all insist that he has been extremely careful with the most crucial data – that which he has not himself yet released or leaked – and we have no doubt that this is true. 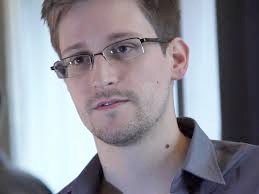 According to attorney and Guardian columnist Glenn Greenwald, who is communicating with and acting as a liaison to Snowden, “The documents that he took that prove that what he’s saying is true contain innocuous information that we’ve published to inform the public but they also contain the blueprints of how the NSA is doing these things technically.”

Greenwald has stated in interviews that if certain parts of the as-yet-undisclosed information were to be compromised, “it could be the U.S. government’s worst nightmare.”

But, reassures Greenwald, Snowden has taken great care to ensure that the most sensitive information has not been compromised.

Says Greenwald, “Nothing that has been released has been remotely damaging to national security, and that is going to continue to be exactly how it is.”

However, security experts point out that Snowden has already been through security checks with both the Chinese (he was in Hong Kong before landing in Russia) and the Russians. And that, further, he has to sleep sometime, and removing his laptop hard drive – grabbing the data – and replacing the hard drive while he sleeps, would be trivial for both Chinese and Russian operatives.

Snowden, however, seems to believe that the data he has is secure. In a letter to former senator Gorden Humphrey, Snowden says “No intelligence service – not even our own – has the capacity to compromise the secrets I continue to protect. You may rest easy knowing I cannot be coerced into revealing that information, even under torture.”

Here’s how we see it (and how we hope that it is): regardless of what you think of the man, and his deeds, Edward Snowden is no dummy. He would have to know that any data on his laptop could be extracted, whether while he sleeps, or otherwise. So, either that data is so well-encrytped that he truly believes it is impossible to decrypt, or that data is not on his computer.

Our bet is that the data is hidden away somewhere not on his computer; possibly on a some sort of other storage device, such as encrypted on a micro-SD card which he keeps on him at all times (maybe even, to get all spy vs. spy about it, implanted under his skin (not unlike Amal Graafstra, the man who implanted an RFID chip in his hand).

Wherever he has it stored, we hope that he is right about it being safe – or that he doesn’t really have information which could be “our country’s worst nightmare”.

RFID Chips in Your Credit Card: Electronic Pickpocketing - True of False?
Google Maps Street View Leads to Divorce
Adobe Hacked, Sends Notice to Millions to Reset Passwords
Do NOT Open Email Links from [email protected]
The Cognizant Breach: What You Should Know About Maze Ransomware Attacks
What is Project Eavesdrop's Pwn Plug?
5G: The Next-Generation Network of the Future Explained
Rosa Hoskins List of Lessons from Dad Bob Hoskins
Share the knowledge

Number of people who have enjoyed this article: 1,691