In response to the controversial cover on this week’s issue of Rolling Stone magazine, which featured Boston bombing suspect Dzhokhar Tsarnaev looking like – some say – a rock star, Sgt. Sean Murphy, the police photographer for the Massachusetts State Police who was on-scene, provided hundreds of images of Tsarnaev, and the police action leading to his capture, to the Boston Magazine website.

The online publication of these images has lead to Sgt. Murphy being suspended, and an investigation into how Murphy’s actions may have compromised Tsarnaev’s trial. 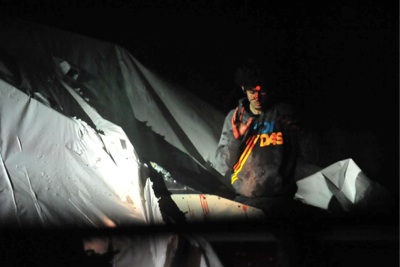 Said Sgt. Murphy, in explaining his motives for sharing the photos publicly:


As a professional law-enforcement officer of 25 years, I believe that the image that was portrayed by Rolling Stone magazine was an insult to any person who has every worn a uniform of any color or any police organization or military branch, and the family members who have ever lost a loved one serving in the line of duty. The truth is that glamorizing the face of terror is not just insulting to the family members of those killed in the line of duty, it also could be an incentive to those who may be unstable to do something to get their face on the cover of Rolling Stone magazine.

I hope that the people who see these images will know that this was real. It was as real as it gets. This may have played out as a television show, but this was not a television show. Officer Dick Donohue almost gave his life. Officer Sean Collier did give his life. These were real people, with real lives, with real families. And to have this cover dropped into Boston was hurtful to their memories and their families. I know from first-hand conversations that thisRolling Stone cover has kept many of them up—again. It’s irritated the wounds that will never heal again. There is nothing glamorous in bringing more pain to a grieving family. 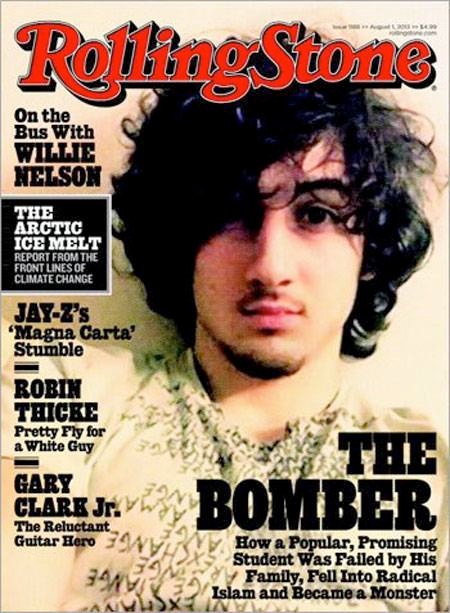 In a statement released shortly after, the U.S. Attorney’s Office said that, “The release of these photos was completely unacceptable. We have spoken with the Massachusetts State Police, who have assured us that the release of the photos was unauthorized and that they are taking action internally in response.”

That action included suspending Murphy pending a hearing on whether he should return to full duty, or be placed on restricted duty or be suspended, pending the outcome of a full investigation.

You can see all of the pictures of Boston Bombing suspect Dzhokhar Tsarnaev at the Boston Magazine website here.

Can Your Car be Hacked through its Onboard Wireless?
Now You Have to Buy a Ticket for Some Restaurants and You can also Scalp them on Craigslist
Digital Nudging - Like Dark Patterns Only More Polite
The Social Movement Known as "Black Twitter"
Tech Companies Now Offering 'Pawternity' or 'Peternity' Leave
ACLU Mobile Justice App Records Police Actions as They Happen
Survey Finds People Prefer Text to Video - for Some Things - Which do You Prefer?
Technology Helping in the Fight Against The Coronavirus
Share the knowledge

Number of people who have enjoyed this article: 8,519