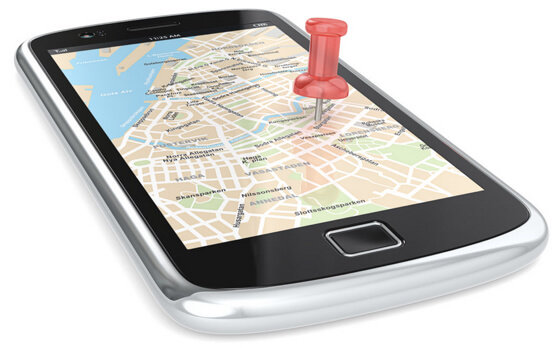 The government is in talks with Facebook and Google, among other companies, about using user location data to track the movement of people during the COVID-19 coronavirus pandemic.

This is already being done in places like China, South Korea, Singapore and Israel. As Arjun Kharpal of CNBC explains, “In China, government-installed CCTV cameras point at the apartment door of those under a 14-day quarantine to ensure they don’t leave. Drones tell people to wear their masks. Digital barcodes on mobile apps highlight the health status of individuals.”

Meanwhile the government of Singapore has created an app which uses bluetooth signals between mobile phones to trace whether people who may be infected are having close contact with other people, and in South Korea the government has been tracing individuals using not only their smartphone location data, but even their credit card transactions, to track confirmed coronavirus cases, and, in turn, to create a map so that others can know if they had been near someone who was infected.

Whether you agree with any of these measures or not, it has to be said that both South Korea and Singapore have done remarkably better with slowing the rate of new cases, and flattening the curve, than have most other countries.

Israel has taken it a step further, authorizing the government security service, Shin Bet, to activate the agency’s phone surveillance system, usually used for counter-terrorism, to track individuals known to be infected, while also scrutinizing their credit card transactions to help trace their movements.

Now, in the United States, the Federal government is in talks with tech companies, including Google and Facebook, about using the location data that these companies have on their users. And while some say the data would be anonymized and aggregated, other reports tell of a different possible scenario.

According to the Washington Post, “The U.S. government is in active talks with Facebook, Google and a wide array of tech companies and health experts about how they can use location data gleaned from Americans’ phones to combat the novel coronavirus, including tracking whether people are keeping one another at safe distances to stem the outbreak.”

Granted the Post does go on to say that “Public-health experts are interested in the possibility that private-sector companies could compile the data in anonymous, aggregated form, which they could then use to map the spread of the infection, according to three people familiar with the effort, who spoke on the condition of anonymity because the project is in its early stages.”

Even with that statement that the data would be anonymous and aggregated, the fact of the government having access to that data – when it otherwise would not – raises concerns.

Note that there is a big difference between tracking the movements of anonymous blobs generally, and tracking people known to be infected with the coronavirus. Some are concerned that while the tech companies may be saying that they will only give up the former, the government may either be looking for – or at least will ultimately come to want – the latter.

As Ben Brock Johnson, a technology expert and Senior Producer for Boston’s WBUR, explained in an interview today (March 27, 2020) with radio journalist, Jeremy Hobson, “These tech companies would help give the government some of that information by using cell phone data, and taking whatever steps they can to fight the spread by alerting people who might have been exposed, shutting down public spaces if need be, and really trying to get ahead of the disease.”

You can’t do that with an anonymous blob.

Johnson went on to explain that this raises two levels of concerns. First, of course, the privacy advocates are concerned about a lack of oversight, and about how long the government will keep the data, among other things.

But also, says Johnson, there is a concern that “the virus will be used as a power grab by the government to access information in a way that it hasn’t before, maybe in the same way that, with the Patriot Act for instance, peoples’ public library activity was made available to the government because of the 9/11 attacks.”

“I think people are worried about a situation where someone might not just have their movements used to mitigate the risk, by informing people or trying to get ahead of the disease, but be punished for their movements or restricted, and that is I think what has people worried,” he added.

That said, he observes, “the majority of privacy advocates’ arguments against data tracking are about threats that are either more theoretical or complicated, and this one feels like less so, right? Coronavirus is a very real virus that is killing people right now. And stopping it is about using the scientific information we have, right now, to make changes, and in this case the idea of using some data tracking on the minority, as in people who are potentially spreading the virus, to protect essentially everyone doesn’t feel as controversial.”

Asked Hobson, “If the government does start doing this, will we even know?”

“That’s a good question,” responded Johnson. “What we do know, I think, is that this is a threat that is being fought by a lot of scientists, and good science is often based on transparency, the idea that if we want to learn from each other, and find ways to stop the virus, we need to tell each other how we are fighting it. And whether we’re talking at the government level, or the medical professional level, there’s a lot of knowledge sharing happening right now, both organically and officially, and I think it’s a good sign that even though there might be some misinformation flying around, we will be getting information from people committed to stopping the virus above all else, and hopefully that includes how this data is being used in concert with the tech companies to stop the virus.”

That, of course, is a lot on which to pin hopes. Almost by definition, to really make the best use of that data to flatten the curve, and to blunt it, you have to get down to the individual level; you have to know which bits of data represent someone who is infected, and which blips on the map are those infected people. Otherwise all you can really do is correlate population density with infection rate, and attempt to predict.

How to Report Spam Coming from Gmail to Gmail and Google
Enormous Yahoo Data Breach with Usernames, Passwords, Dates of Birth
How To Manage Mutiple Browser Tabs In Chrome
Parler Shut Down but Not Before Massive Data Scrape of its Users and Their Posts, Videos and Picture...
How to Have Gmail Automatically Delete Foreign Language Spam So You Don't Have To
What is "Dark Social" Media and Does it Matter?
The Tormail FBI Connection: The FBI Has the Entire Tormail Database
Research Says that Instagram Leads Teen Girls to Feel Bad about Their Bodies and that Facebook Knows...
Share the knowledge

2 thoughts on “U.S. Government in Talks with Google, Facebook, to Track Location of Where Individuals with Coronavirus Have Been”

Number of people who have enjoyed this article: 1,469