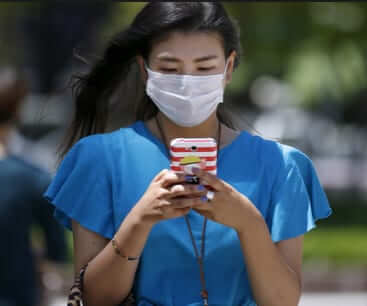 With the recent outbreak of Middle Eastern Respitory Syndrom (MERS) in South Korea, officials are taking to tracking people who are quarantined by tracking their smartphones. If someone who is quarantined leaves their quarantine area – and takes their phone with them – public health officials will know.

Clearly there are at least two sides to the debate that this has spurred. On the one hand, South Korea is starting to see people die from MERS, which is highly contagious. On the other hand, having your government track you through your cell phone is a gross invasion of privacy. And on the other other hand, at least South Korea is telling them that they are doing it, and seeking the patient’s permission to track them.


One of the areas being quarantined is the tiny village of Jangduk, population 105. All 105 of Jangduk’s residents are under quarantine, meaning that they may not leave their village. So if the South Korean Ministry of Health and Welfare finds that any phone belonging to any resident of Jangduk has been geolocated outside of Jangduk, it means that person has broken the quarantine.

Says Kwon Duk-cheol, director of a MERS response HQ for the South Korean Ministry of Health and Welfare, in an interview with Public Radio’s Elise Hu, “We request information from the telecom companies with the individual’s consent,” even though, he points out, they don’t really need it. The South Korean goverment has a basis in law to request individual location information from the telecoms in a situation such as this. “We give telecom companies a specific time, and they give us the exact location of the individual,” says Duk-cheol.

According to Duk-cheol, nearly everybody has given permission, so far.

Of course, we can’t imagine why someone breaking quarantine would take their phone with them, knowing that it would lead them to being tracked, while leaving it behind would lull officials into believing that they were still in the village. So perhaps they were giving permission with their fingers crossed behind their backs. Or maybe they had no intention of breaking quarantine, but rather than fighting the South Korean government about it, they gave permission.

Law professor Park Kyung-shin, with Korea University, sees it differently. He explains that “People are currently being more cooperative because they are more anxious. They became more anxious because of the lack of transparency and lack of state leadership that has been shown so far.”

What Kyung-shin may be referring to is the view shared by many that South Korea did not do enough to control the MERS outbreak when it first happened, and those criticisms increased anxiety among the general public.

Duk-cheol acknowledges that they are sort of caught between a rock and a hard place. “While an individual’s private information is important, we’re also trying to stop the virus from spreading for the common good, the interest of the nation.”

Court Rules Free Services Means You're Not a Customer, So No Privacy Protection
The Dog Gadgets Available Online that You Never Knew You Needed
Proposed Law Will Fine Credit Agency Data Breaches, Establish Cybersecurity Office at FTC
The 5 Best Note-taking Apps Ever
Facetime with Your Plants! (And Water Them from Anywhere)
New Device Tracking Apps Help You Find Your Lost Keys, Your Wallet, Even Your Phone Itself
The Pros and Cons of Using the Chrome Password Manager
iPhones Not Sending Text Messages to Android Phones Sparks iMessage Lawsuit 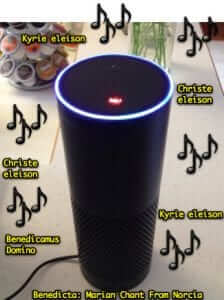