15-year-old Texas teen Andrea Hernandez has launched a fight against the Northside Independent School District to avoid wearing the electronic tracking RFID chips embedded in her high school ID. Hernandez, from a deeply evangelical religion, believes that the ID is “the mark of the beast,” as talked about in the Book of Revelation. But even without the religious aspect, this is an important issue, and the religious nature of her objection helps to provide a more solid basis over which to object to the microchipped school I.D.

Says Andrea’s father, Steven Hernandez, “And she says, ‘Daddy, I’m not going to do this.’ And I said, ‘Why aren’t you going to do this, honey?’ She says, ‘Dad, that’s exactly what it talks about in the Book of Revelation that you were teaching us about taking the mark of the beast. This is the exact same thing.’ ”


According to the Book of Revelations, the Antichrist is going to use the mark of the beast so he can track the people.

The reason for the school district turned Antichrist wanting to put RFID chips in the student IDs is because of funding, mainly that Texas public schools lost $5 billion of it. The school district receives their funding based on how many students are present each day. In an effort to gain every dollar that they so desperately need, the school began the new chip program to be able to see how many students were on campus each day. The chip program cost the Northside Independent School District about $500,000, but it promises to bring over $1 million more from the federal government.

“Given that we’ve got a crisis in educational funding in the state of Texas, we’re trying to recapture every dollar that we can in order to try to do more and more with fewer and fewer resources.” says lawyer for the Northside Independent School District, Craig Wood.

While many parents don’t necessarily see the RFID chip issue the same as Andrea Hernandez, they do have privacy concerns about the new chip and have joined the lawsuit. Attorney for the Hernandez family, John Whitehead of the Virginia-based Rutherford Institute says, “They’re just not going to do it. I deal with a lot of religious folks. Anything endorsing something they feel is unconstitutional or that violates their religion, they’re just not going to do. So the easiest thing for the school here is to opt out,” he goes on to say, “The problem is, when we got involved in the case and a lot of publicity erupted and a lot of other people have joined in now, so the school is probably going to fight this or the program itself is going to be up for grabs.”

The school district did offer to Hernandez that she can wear the new ID badge with no RFID chip inside, but Hernandez refused, saying that she only wants to wear her old school ID.

Facebook is Analyzing All of Your Images and Taking Note of the Contents
FBI, Feds Want to be Able to Decrypt Your Encrypted Email and Messages
What is Remarketing and Why Should You Care? Remarketing Explained
Legislators Introduce U.S. GDPR with the Federal Online Privacy Act
Vehicle to Vehicle "V2V" Communication Coming to a Car Near You
Facebook Stalking You for Their Advertisers - Here's How
The Dog Gadgets Available Online that You Never Knew You Needed
Eavesdropping by Reading Vibrations on a Potato Chip Bag

The Amazon Replacement Order Scam, and How to Avoid It 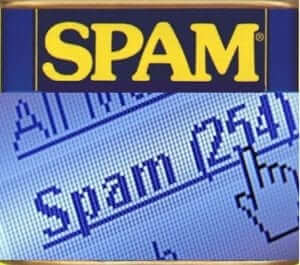 The Ultimate Definition of What is Spam