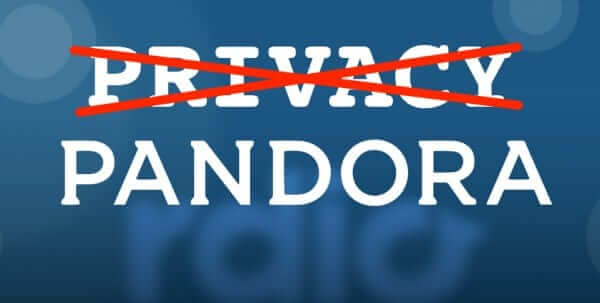 Peter Deacon had been a Pandora user for years, using Pandora’s free service. Then Pandora shared his private information, including his full name, his music preferences, and what he listened to, both on Facebook, and for anyone searching the Internet, Not cool, he thought, and sued for breach of privacy. But the Michigan high court ruled last week that because he doesn’t pay for the Pandora account, he is not a ‘customer’, and so not entitled to privacy protection.

The question was actually referred from the 9th Circuit Federal court back to the Michigan state supreme court, so that the Michigan court could make a determination as to whether Mr. Deacon qualified as a “customer” of Pandora, under the Michigan Preservation of Personal Privacy act (PPPA).


This is because, under the PPA, §445.1712, disclosure of a customer’s “information concerning purchase, lease, rental, or borrowing of books or other written materials, sound recordings, or video recordings” is prohibited.

But, did Deacon, having a Pandora account, and using their services, but not paying them anything, qualify for the protections?

In short, the Michigan supreme court ruled, on that question, that Deacon did not qualify as a ‘customer’ because the Michigan PPPA specifically defines and protects a customer as someone who purchases, rents, or borrows the material, and because Deacon used Pandora’s free service, “there was no indication that Deacon chose that option.”

Said one of Pandora’s attorneys, Jill Wheaton, of the ruling, in an article in the Detroit Free Press, “We’re pleased with it.”

You can read the [Page no longer available – we have linked to the archive.org version instead].

So what’s the next step? Well, Deacon et al. could appeal the decision, or not. Either way, the Michigan court will kick it back to the 9th Circuit – we’d love to see the 9th tear this ruling a new one.

U.S. House of Representatives Passes Email Privacy Act
Facebook is Analyzing All of Your Images and Taking Note of the Contents
Does Microsoft Windows 10 Technical Preview Really Include a Key-Logger? Yes
Facebook App Scans Sex Registry for Your Facebook Friends
LG Smart TV Spying on Users
How Uber is Taking Your Privacy for a Ride
Federal Court Holds "No Expectation of Privacy on Personal Computer"
Explanation of What is Google LERS, Where to Find the Google LERS Portal, and How to Get Your Agency...
49shares

2 thoughts on “Court Rules Free Services Means You’re Not a Customer, So No Privacy Protection”