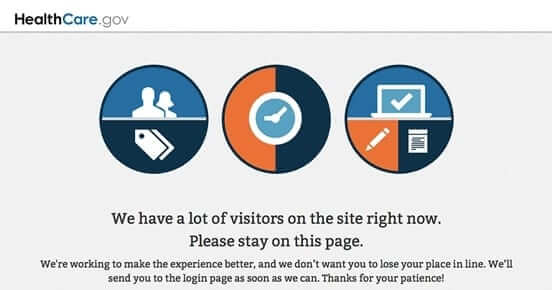 Today Health and Human Services Secretary Kathleen Sebelius fell on her sword and took responsibility for what can only be dubbed “ServerGate” – the litany of problems befalling the HealthCare.gov insurance marketplace website and servers, which has led to the President calling for a “tech surge”.

Said Sebelius, “In these early weeks, access to HealthCare.gov has been a miserably frustrating experience for way too many Americans, including many who have waited years, in some cases their entire lives, for the security of health insurance.” 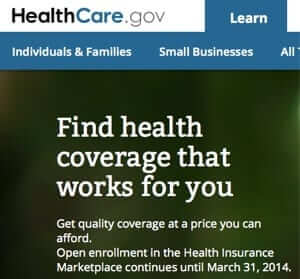 “You deserve better. I apologize. I’m accountable to you for fixing these problems,” said Sebelius to the American people.

Obama’s call for a tech surge – by which he means a surge of outside tech professionals to be thrown at the problem, has led the Department of Health and Human Service to state that “We are committed to doing better… our team is bringing in some of the best and brightest from both inside and outside government to scrub in with the team and help improve healthcare.gov.”

By some accounts, there are already 55 different companies working on the site, each with their own contractors on the job (one having up to 300 contractors working on it). While the site was tested before it launched publicly, there are claims that changes – some last minute, some not – some alleged to be politcally motivated – further complicated an already complex system.

Sebelius also added that “we did not adequately do end-to-end testing.”

On a side note, we find it interesting that nobody has mentioned that no matter how much you test a website, the true test of whether it can hold up to having 20 million people (the current figures) visiting it is to, well, have 20 million people visit it. (Of those 20 million, 500,000 submitted applications.)

Where to Find the UPS / IBT / Central States Model QDRO Online (Hint: It's Here)
Scholastic Offering Free Online Classes to Keep Kids Learning During the Coronavirus Pandemic
Google Webpage Ranking: Do Sentiments Help?
An Internet Patrol Exclusive Poll: Automatic Chat Robots - Love them or Hate them?
What is a "Sweep Account" in Etrade and Other Online Financial and Investment Services?
Cam Girls Explained
What Does ?, &, or _RDR Mean in a URL?
You NEED to Know about Firefox Speculative Pre-Connections and How to Disable It
Share the knowledge

2 thoughts on “As “ServerGate” Unfolds, Obama Calls for Tech Surge”