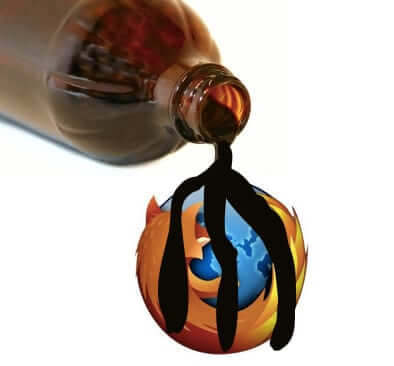 So your Firefox browser is slow as molasses or unresponsive, and in fact your entire system is slowing towards a screeching halt. If you’re on a Mac, you do a ‘top’ and see that a process called “plugin-conta” is eating up your memory. If you’re on a Windows machine, well, you know the symptoms. What is plugin conta, and what to do? Here’s what.

Plugin-container is Firefox’s fault. It is installed with Firefox, and used to run plugins within Firefox.

…as the name implies, plugin-container.exe is used to run plugins. This was created around the time of Firefox 3.6.4 to isolate plugins from firefox.exe because they were responsible for a large percentage of Firefox crashes. Placing them in plugin-container.exe prevented misbehaved plugins from taking down your entire Firefox session (at least, in theory it should do that).

The bottom line is that Plugin-container, well, contains your plugins when they are running, in theory to protect your main Firefox instance from being taken down if a plugin causes issues. Of course, if the Plugin-container contained instance eats up all of your memory, causing your entire system to seize up (as has happened to us), then it really amounts to the same thing. But we digress.

So, what can you do about this? Well, if you are keen on keeping Firefox, then they suggest that you figure out which plugin is causing the issue by disabling your Firefox plugins, one at a time, until you figure out which one is the culprit. On the Firefox support site they say:

You can test to see whether one of your plugins is causing Firefox to use too much memory by selectively disabling some of them:

After disabling some of your plugins, close and restart Firefox, and observe its memory usage. If you don’t see an improvement, you can enable those plugins again and try with a different set.

If you do see an improvement in Firefox’s memory usage after disabling a certain plugin, you may leave it disabled. If you can’t because its use is widespread on Internet, try to find an alternative lighter plugin.

By far, the most likely culprit is Adobe Flash. So, before you do anything else, if you must use Flash, make sure that your Flash is up-to-date (but be sure to read this article first.

How to Block or Otherwise Thwart or Deal with Spam Phone Calls on Your Land Line and Mobile Phone
How to Turn Off Emoji in iMessage and Instead Use Text Smiley Faces
Bug in FaceTime Lets Callers Hear Your Audio Even if You Haven't Accepted the Call - Also How to Dis...
How to Know If You Are Interacting With a Bot
Amazon Finally Selling Current Apple Products Like iPhones, iPads, in Time for Christmas
Apple iOS 8 Debuts QuickType, Voice Messages, HomeKit and HealthKit
How to Easily Draw and Write on Pictures You are Sending in Email with Your Mac
How to Add a Mac Contact Picture without Photo Stream or Faces
Share the knowledge

Number of people who have enjoyed this article: 4,029