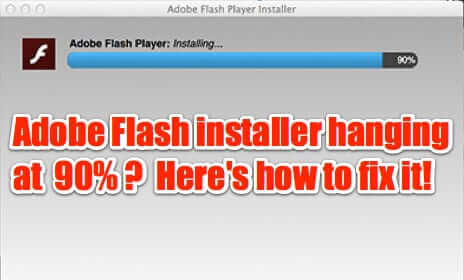 Users, particularly Mac OS X users who use Firefox, are reporting that when trying to install the latest update to Adobe Flash, the Flash installer just hangs at 90%, and never completes, no matter what they do. If your Adobe Flash installer is stopping at 90%, here’s what to do. 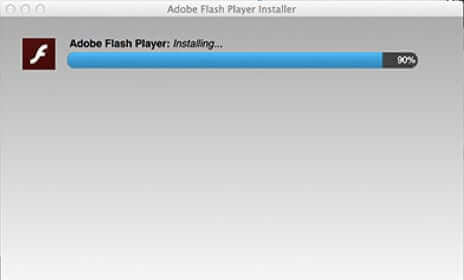 Now, we can’t guarantee that this will help you with all Adobe Flash install issues, but it will help with this particular issue. And fortunately it’s very easy!

How to Fix the Adobe Flash Installer Hanging at 90% Problem

2. Delete the Adobe install package(s) you have been trying to use.

3. Restart your Mac. Do not restart Firefox – if Firefox restarts on its own, shut it down.

5. In Safari download a fresh version of the Adobe Flash installer here. This may be the same place you got it from before, that is fine.

6. Run the Adobe Flash installer with Safari open, and Firefox not open.

7. Enjoy the fact that the Flash installer completes the install and doesn’t hang at 90%.

Once the install is complete, you can open Firefox and it will use the new Flash version.

Firefox No Longer Showing the Title at the Top of a Page? Here's How to Get it Back
How to Link to All Articles Written by Admin in WordPress
How to Find a List of All of Your Facebook Groups and How to Leave Them
Save Money with Our List of the Best Free Streaming Services
How to Reduce the Size of the Bloated Images on Your WordPress Site
How to Easily Forward Email with Full Headers from Within Mac Mail
How to Deal With Embarrassing Tech Mishaps When Working Remotely
Google Offers "Download Your Entire Search History" - and How to Turn it Off and Delete It
Spread the love

5 thoughts on “Adobe Flash Installer Hanging at 90%? Here’s How to Fix It”