Don’t you just hate it when you type a text smiley face such as :-﻿) and your chat program insists on turning your text emoticon into a graphic emoji? Here’s how to turn off emoji in the Mac instant messenger program Messages (formerly known as iChat and iMessage), so that it will instead send and display text-based smiley and other faces.

Here is the reason that you may have had trouble figuring out how to do it – because it’s not where you would expect the setting to be, such as in, you know, your Preferences pane. 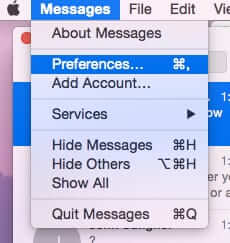 Instead, you need to go to your Messages menu, to the “Edit” option, and select “Substitutions”. 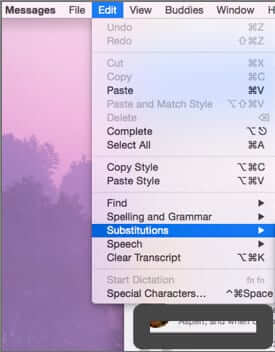 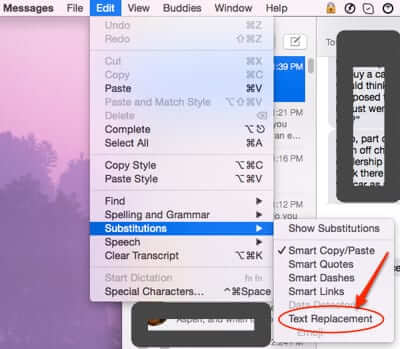 You want to select “Text Replacement”, which will toggle it to be checked:

People also searched for how to keep emojis from appearing when trying to select facebook messages on messenger on android, turn off search emoji in iMessage

Here's How to Share a Post from Instagram to a Facebook Group or Page
Wondering What are FANG Stocks? We Explain (Hint: They Should Now Be Called FANA Stocks)
Connected to Hotel Wifi but Can't Get Login Splash Screen? This May be the Problem
How to Display Lyrics for Songs in iOS 7
How to Make a Gratitude Watch with Your Apple Watch
How to Reduce the Size of the Bloated Images on Your WordPress Site
What is Clubhouse? Easy Clubhouse Tutorial and And How to Refresh Contacts in Clubhouse so it Sees N...
Employees Hurt by Illegal Non-Poach Agreement Between Apple, Google, Intel, IBM, eBay, Microsoft, an...
Share the knowledge