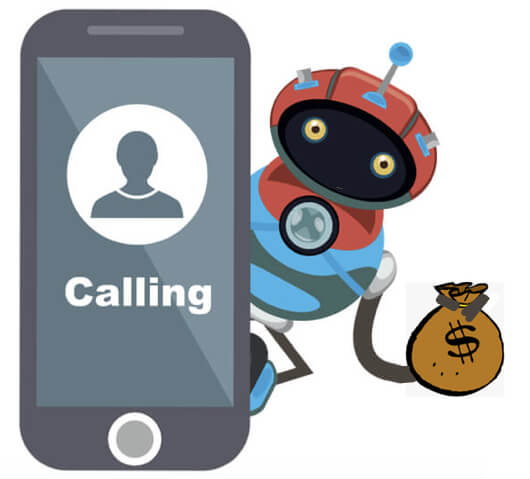 Yes, you really can make text message spammers (SMS spammers who send SMS marketing spam), robocallers, and phone spammers pay you good money. In fact, this is the method that we ourselves use, and last year we recovered over $4500, and that was with just a few hours of effort! That’s because Federal law is very clear about this, with built-in fines. Most people don’t know about the law, and those spammers count on that. But they also know what the fines and penalties are in that law, and that they would absolutely lose if someone took them to court. As a result, you have them over a barrel, and if you know what you are doing you can get them to pay you off because they don’t want to go to court and risk the Federal Trade Commission (FTC) and other law enforcement agencies finding out what they are doing.

Basically the way that you do this is you send a demand letter (email) to whomever is featured in the spam, citing the law, that you both know that they have broken it, and that they know you could take them to court and win, but in the interest of time and effort you will settle the matter if they immediately send you an amount that is less than the court would award you, but realistic in terms of the fact that they have actually violated Federal law.

Our editor, Anne P. Mitchell, is an Internet law and policy attorney, and she actually put together a kit which includes a step-by-step explanation of how to do this, a copy of the law, and a demand letter template. We go into a lot more detail below, but if you are eager to get started you can get that kit here:

The law is known as the Telecommunications Privacy Act (TCPA) and that, along with the Telemarketing Sales Rule (TSR), make texting advertising to a cell phone robocalling (and in some instances a land line) illegal. And these phone spammers (the robocallers and robotexters) know that what they are doing is illegal. (Why do you think they use fake caller ID?)

Ok, so got the picture so far? These slimy texters and robocallers know that what they are doing (calling you) is illegal.

There have been several notable cases under the TCPA, including a lawsuit against Dish Network where the judge awarded the class of plaintiffs $341million, and against Domino’s Pizza, who settled for nearly $10million. So these robocallers know that the courts are not friendly towards them.

And because what is “willful” is up to the court in each case, meaning that for each time the robocaller called you, a court could hit them up for as much as $1,500 per call, the robocaller has good incentive to settle out of court with you.

You just need to know what to say to them, and how to do it. Here’s how.

How to Shake Down Robocallers and Robotexters for Fun and Profit

[Note: The following is personally written by our Editor and Publisher, Anne P. Mitchell. Anne is an Internet Law & Policy attorney. She also wrote part of our Federal anti-spam law. She is writing this personally so that readers know that she endorses both the following method generally, and the linked-to kit to help you get started getting money from those damned robocallers.]

Basically, the way to get robocallers to cough up money for having called you looks like this (don’t worry if you have no idea how to do these steps, the kit that I am going to recommend walks you through it, and even provides templates):

1. Elicit identifying information from the caller (yes, this does require you to interact with them, you can shower afterwards).

2. Do some basic Internet research to determine who is behind the call.

3. Send them a demand letter, citing the law and how much they would have to pay if you sued them (remember, they know that they are breaking the law, and they know what those penalties are), and then offering to settle for $X (what $X is will depend on how many times they called you, and how much they ticked you off).

4. Receive a check from them. Seriously, it works!

To learn how to do this, head on over to the Institute for Social Internet Public Policy (ISIPP) and download my “How to Make Phone and SMS Spammers Pay You for Having Sent You Spam” tutorial pack, personally written by me, Anne Mitchell, Attorney at Law. This tutorial pack contains the tutorial, and a demand letter template, also written by me (I’m an Internet Law and Policy attorney, and it’s the same letter that I myself use). It’s just $49.00, which you will make back more than 10-fold even if you just use it successfully once! But you won’t use it just once, because once you have felt the feeling of having a phone spammer put money in your Paypal account, or in a check to you, you’ll be hooked. It’s fun! And profitable!

How to Make Gmail Automatically Send Something to the Gmail Spam Folder
5 Rising Social Media Platforms to Watch-If You Are Business Minded
How to Unsubscribe from Match.com When You Signed Up through the Match App via the App Store
How to Know If You Are Interacting With a Bot
Hate Gmail's New Look? Here's a Fix!
How to Cancel a Cinemark Movie Club Membership Account
Adobe Flash Installer Hanging at 90%? Here's How to Fix It
How to Get Rid of Those Damn Gmail Tabs
Share the knowledge