To do this, open your QuickTime Player application that is in the Applications folder on your Mac. Be sure that it is updated to one of the newer versions.

This will pop up this little screen recording controller; be sure to click on the dropdown menu next to the red ‘record’ button:

From the drop down, be sure that Built-in Microphone: Internal Microphone is checked:

Now, go to the streaming video that you want to record. In our example, this is the video for my one-bowl pumpkin cheesecake. 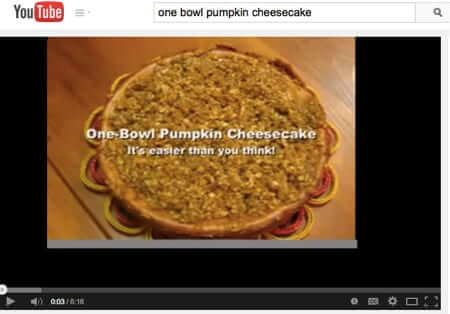 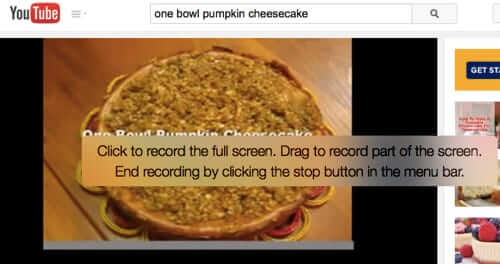 If you want to record your whole screen (although you probably don’t) just click on that bar where it says to click. But – and this is the only slightly confusing part – if you want to record just a certain section of your computer screen (such as, you know, where the video is) put your cursor at one corner of the section that you want to record, hold down your mouse button or trackpad, and drag the cursor, which will create an expanding box as you drag. Inside the box is what will be recorded. 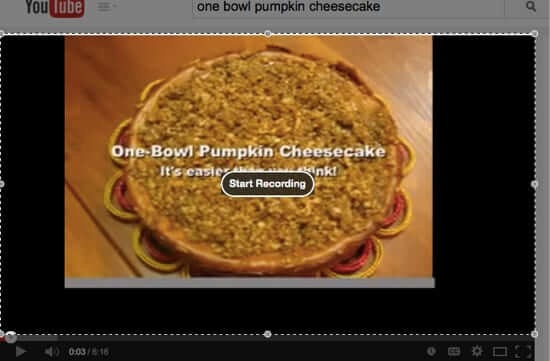 Once you are done recording, click on the ‘stop recording’ button that is now on your menu bar at the top of your screen

As soon as you stop recording, QuickTime will present you with your recording. 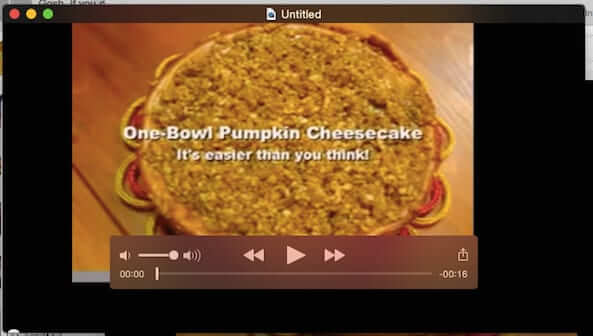 To save it, select Save from the QuickTime file menu, and save it just like any other file. It will save it in the .mov QuickTime movie format. 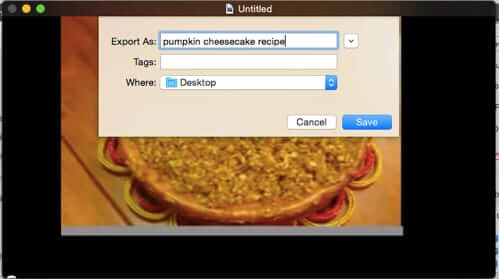 Here, by the way, in case you want it, is my recipe for One-bowl Pumpkin Cheesecake.

How to Combine Images on a Mac
How to Check and Cancel Your Paypal Automatic Recurring Payments
How and Why to Use Apple Pay Even if You Only have an iPhone 5
"Why Can't I Log Into My Account When I Know I am Using the Right Password?" This May be Why
How to Block Numbers that Haven't Called or Texted You First
Turn Off Those Pesky iMessage Notifications!
Missing Dockstar? Get Dock Icon Mailbox Badges with This Dockstar Alternative!
iPhones Not Sending Text Messages to Android Phones Sparks iMessage Lawsuit