Many consumers rely heavily on the reviews of others before making purchase decisions. Whether Amazon, Yelp, Trip Advisor or Expedia, consumer reviews tend to heavily influence all types of purchase decisions, from toasters to vacations. We wrote this how-to guide a year ago, but with this week’s news of 19 companies being fined for fake reviews, we thought it was time to update it and remind you of it again.

In a recent sting operation set up by New York Attorney General Eric Schneiderman, the nineteen companies – some sites that post review, and some review writing organizations calling themeselves “reputation management” firms – were found to have participated in the writing, posting, and/or procuring of fake reviews.


In addition, it has been brought to light that there is an emerging trend of fake reviews being posted by the online merchants themselves, both giving themselves glowing reviews, and giving their competition scathing reviews. Book author RJ Ellory was outed by fellow authors after he was posting fake reviews under two different names, “Nicodemus Jones” and “Jelly Bean.” While calling his own work “chilling,” and a “modern masterpiece,” he blasted works from his rival authors. In response to legitimately poor reviews to his own work, he replied, as one of his alter egos, “Ignore all the dissenters and naysayers, this book is not trying to be anything other than a great story, brilliantly told. Whatever else it might do, it will touch your soul.” The jig was up when he unwittingly signed a few of the false reviews with his real name.

The problem with reviews is that most people who post fake reviews are very good at what they do. They make a point to make their reviews look and sound like other reviews, despite the ratings typically being on one end of the spectrum, or the other. The problem with only relying on the extreme ratings to tip you off as to whether the review is a fake is that very positive, or very negative, experiences can also prompt someone to post a review.

When analysts compared reviews between TripAdvisor and Expedia, they found a big difference between the two sites. While Expedia typically requires that reviewers have bought hotel stays through Expedia in order to review, anyone could post a review on TripAdvisor. Interestingly what they found is that on Expedia, where reviewers had to be actual customers, the ratings tended to be more in the middle. On TripAdvisor, where anyone could post, the ratings trended to either very good, or very bad, suggesting a higher prevalence of fake reviews.

Experts offer a few suggestions to ensure that savvy consumers can navigate reviews and use them best to their advantage:

Above all, make sure that whatever you are buying, hotel rooms or hiking shoes, the merchant offers a reasonable return or refund policy. Even a collection of the most favorable, and authentic, reviews, cannot account for personal preference.

How to Transfer a Domain to Another Person with GoDaddy
How to Get Mac Mail to Show Threaded Conversations and How to Turn on Threaded Conversations Only fo...
The Secret to Reducing How Much Storage You are Using in Gmail
How to Use Gmail as a Spam Filter for All of Your Email!
You Can't Change the Color of Mailbox Folders in Mac Mail but You CAN Add Emoji as Icons to the Mail...
Bluetooth Selfie Remote to Take Selfies
How to Save Current Location in Newer Garmin Nuvi GPS Models
How to Enable Reader View Mode in the Brave Browser 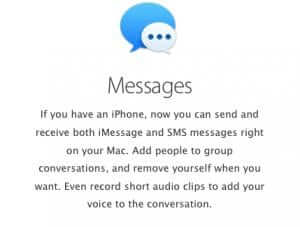 How to Send and Receive Text Messages on Your Mac Computer