Google has made every geek heart sing with the unveiling of today’s Google Doodle: an homage to the 46th anniversary of the original Star Trek series. Google has outdone themselves by taking users through a little vignette, quickly re-enacting the well known scene from the “Arena” episode.

The doodle is an interactive adventure of Star Trek characters, in letter form: 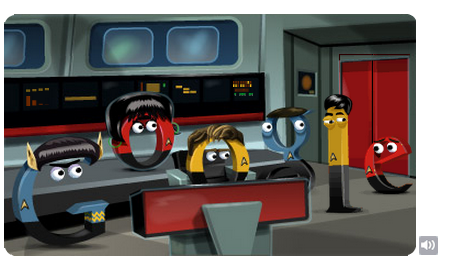 Users are directed to click on one object or character in each scene to get it going, with only a one or a few options actually click-able to ensure that users pick the proper objects to take them through the scene. The scene starts on the bridge of the USS Enterprise, goes on to the transporter room, and the characters are beamed up to another, desolate planet. 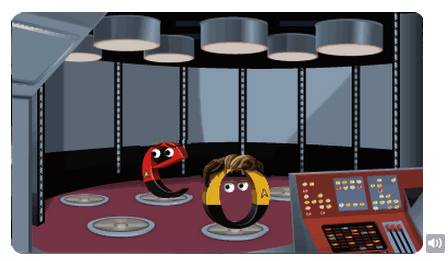 Once there, the characters are confronted by the Gorn Captain, with Kirk, of course, taking him out with the Gorn Cannon (not before hitting him on the head with a nearby tree branch). After the defeat, the crew returns victoriously, to the music of Star Trek, and the unnamed crew member in red shirt who takes a beating having….taken a beating. Bravo, Google! 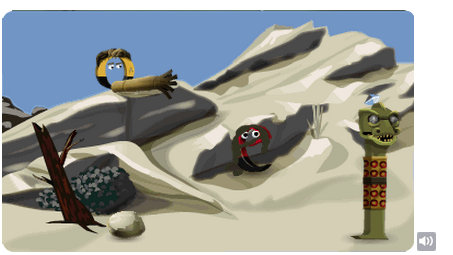 How to (Essentially) Disable Google AMP in Google Search
Google Webpage Ranking: Do Sentiments Help?
How to Have Gmail Automatically Delete Foreign Language Spam So You Don't Have To
Google Slipped an Undisclosed Microphone into Your Nest Security System
How to Have Gmail Automatically Delete Spam in Your Spam Folder
Google Barges Cause Sensation - What Do They Want with a Google Barge?
Google Acquires Smart Thermostat Company Nest
Google Customer Match Lets Businesses Share Your Email Address with Google, the Better to Target Ads...