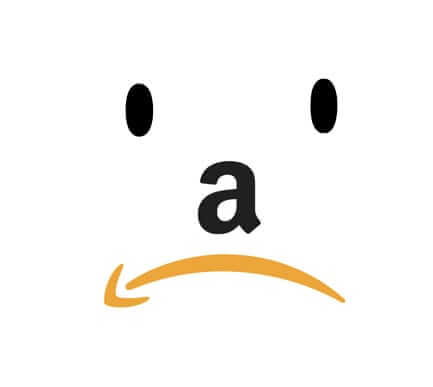 There is a new condition known as ‘Amazon Guilt’. Oh, it’s not clinically recognized, but it’s starting to be socially recognized. It’s basically the guilt that one feels for buying things online from Amazon rather than from a local provider. Sort of the way some people may feel guilty about shopping at big box stores rather than smaller mom and pop shops.

Actually, while we say that Amazon guilt is new, it was first described as far back as 2014, when Next City reporter Alexis Stephens wrote about the now apparently defunct MadeClose.com, which was a Brooklyn-based service designed to help consumers buy locally.

In her Next City article Stephens observes that “Amazon has three things your friendly neighborhood artisan might lack: competitive prices, speedy service and sheer variety of products.”

That seems about right so far.

Stephens then goes on to note “But bargains and endless choices can come with trade-offs – from concerns over sweatshop labor to a missed opportunity to invest in small, neighborhood businesses.”

This is where MadeClose was supposed to enter – providing local alternatives to the things you might want to get from Amazon, with good prices, and even sometimes free shipping.

However with MadeClose now gone (at least their website is no longer available, although they do still have a Twitter account), the concept of Amazon Guilt seems to be the guilt that dared not speak its name again… until recently.

This recent foray into shining a light on Amazon guilt (or perhaps into trying to induce Amazon guilt) seems to have started with an opinion piece in the Straits Times. In her editorial, talking about the arrival of Amazon Prime Now in Singapore, and her own sense of Amazon Guilt when she first used it, Opinion Editor Chua Mui Hoong says “I don’t want to support Amazon, or Alibaba and RedMart, and inadvertently cause the death of the local retailers I like. I like supermarkets. I have a steady, long-term relationship with NTUC FairPrice. I get tired of it sometimes and grouch that it takes me for granted. Then I seek out my on-off flirtation with Cold Storage and bask in its courtship. I’d actually hate for either to close down.”

And really, this is the fulcrum upon which Amazon Guilt balances: by shopping online, such as at Amazon, are we individually contributing to the death of those smaller, local stores?

It would be pretty hard to say that collectively online shopping wasn’t putting the hurt on smaller, brick and mortar retailers. But online shopping was not the first to do that. So should we also be feeling Barnes & Noble guilt, and Best Buy guilt? Certainly there are those who experience Walmart guilt.

And how do consumers square the desirable trait – even need – of being fiscally responsible with choosing to pay more in order to keep a local business that is unable to provide what they want afloat?

Of course, none of this even begins to address the related issues such as that local establishments provide employment to locals, and all that flows therefrom.

Fortunately we are not dealing with those issues here and now, we are talking about Amazon Guilt.

So, should those who favor Amazon over local stores feel guilty about it? What if the local store is a national, big box chain? Do you feel Amazon guilt?

People also searched for feeling guilty for shopping at amazon

How to Use Amazon Music Unlimited with Your Echo or the Amazon Music App (and List of Side-by-Side A...
Hands On with Echo Loop - the Alexa Ring You Wear on Your Finger
Amazon Getting into Meal Kits Business: We do the prep. You be the Chef
About the New Amazon Pharmacy - You Knew it was Only a Matter of Time
How to Use Your Amazon Echo as a Bluetooth Speaker
Online Black Friday and Cyber Monday Shopping the Internet After-Thanksgiving Sales
Twitter Allows Employees to Work from Home Indefinitely
Amazon Echo Recordings and Fitbit Tracking Used as Evidence in Murder Trials - Smart Devices as Witn...
26 shares