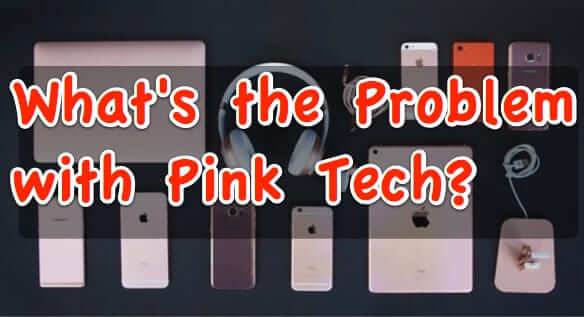 Every once in a while the issues around so-called ‘pink tech’ are revisited. Pink tech is basically when a piece of technology – say a smartphone or a laptop, etc. – is brought out in a pink color, to appeal to girls and women. The issue, says critics of pink tech, is that rather than attending to the actual technology needs of women, they are simply bringing out the same old tech in a new color. We’re not so sure.

Engadget was among the first to bring this contentious issue to the fore, in a brief 2007 article entitled Survey says women patronized by pink tech. That piece, in turn, was predicated on a survey done in the UK, by advertising agency Saatchi & Saatchi. That survey, published under the title Retailers Told, Ignore ‘Lady Geeks’ At Your Peril!, found that, among other things, only a tiny minority of women (9%) feel it important that their devices ‘look feminine’.


On the other hand, says the Saatchi article discussing the results of the survey, “This is supported by qualitative feedback from opinion leaders and consumers who feel “patronised” and “offended” by the abundance of pink products available at the expense of the sleek and beautifully designed and packaged products they want to see.”


Consumers feel patronized and offended by the abundance of pink products available at the expense of the sleek and beautifully designed and packaged products they want to see.

And less than a year ago it was being invoked in an interview with, among others, [Page no longer available – we have linked to the archive.org version instead], the female co-founder of accelerator Avion Ventures, and Director at tech diversity promotion organization code2040.org.

Said Medina, in the interview published under the title Why Aren’t There More Women in Tech, “A small pink computer isn’t terrible per se… Smaller keyboards are actually nice to prevent carpal tunnel in smaller hands. What’s insulting is if this computer comes with less processing power, memory or useful software than a regular one.”

“There’s a difference, added Medina, “between wanting to celebrate your femininity and shrinking and pinking something.”

Then again, to counter the anti-pink-in-tech wave, you have only to read Gizmodo’s Christina Warren’s piece from earlier this year, Rose Gold Is the Best Thing That’s Ever Happened to Tech and I Will Hear No Arguments.

Warren argues that rose gold, which let’s face it, is a) pink, and b) almost wholly a creation of the tech industry, is the greatest thing to happen to tech since, well, just about anything.

As the owner of a rose gold iPhone and a rose gold Apple Watch, this author is inclined to agree with the sentiment, if not the actual statement. BUT, and this is crucial, Apple has not dumbed down their devices available in rose gold – they all contain the same technology, be they sleek black, classic white, or rose gold.

Which leads us to ask, who cares what color the device is, so long as it is equal under the hood? Pandering to a particular audience is nothing more than marketing (some would say good marketing) so long as it doesn’t come with less horsepower or a patronizing tone.

Are App Icons Giving Us Cognitive Overload As They Fight For Our Attention?
Tech Companies Now Offering 'Pawternity' or 'Peternity' Leave
Amy Strickland - Every School Board's Nightmare or Nah?
Defeat by Tweet and Momentum: How to Cancel Defeat by Tweet and How to Reset Your Momentum Password
Scientists Prove Digital Brain to Brain Thought Communication Over the Internet
What is a GPO? We Explain
A Message from Anne: My Big Bad Accident and Why You Should Wear Your Seatbelt
Just in Time for Black Friday and Cyber Monday Our Readers Share Their Top Holiday Gift Ideas
6shares 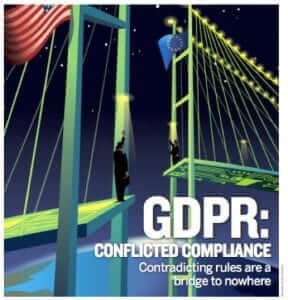 How GDPR Will Conflict with Almost Everything 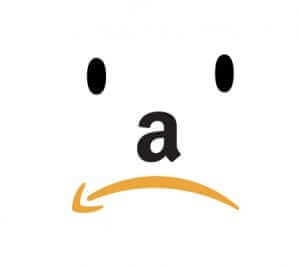 Do You Suffer from Amazon Guilt? Should You Feel Guilty about Shopping Online with Amazon?
6shares