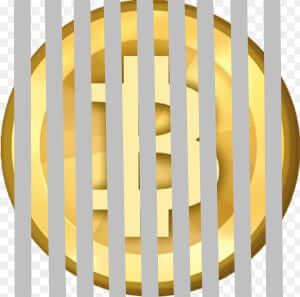 Charlie Shrem, founder of Bitcoin exchange BitInstant.com, and BitCoin broker Robert Faiella (a/k/a BTCKing), have been arrested and charged with money laundering in connection with the use of Bitcoins to purchase drugs and other illegal items on the now defunct (shut down) Silk Road.

To be clear, it was not Bitcoins themselves which led to the arrests, but rather the alleged facilitation of using Bitcoins as a way of purchasing the illegal drugs on the Silk Road.

Put another way, it is alleged that Shrem and Faiella provided a service by which drug purchasers could launder their money by converting it to the much-harder-to-trace Bitcoins, which in turn could be used to purchase the drugs on the Silk Road.

In all, according to authorities, Shrem and Faiella contrived to sell more than $1million in Bitcoins to Silk Road drug customers.

According to the indictments, Shrem allowed Faiella to purchase large amounts of Bitcoins through Shrem’s BitInstant.com; Faiella, in turn, sold the Bitcoins to the Silk Road customers. The charges include knowledge and intent that the Bitcoins would be used for such illegal purchase activities.

Said Emily Spaven of Coindesk, “Since the closure of Silk Road and arrest of alleged owner Ross Ulbricht, we always knew more arrests would follow… It is unfortunate Silk Road continues to make the headlines in association with Bitcoin – this is the dark side of Bitcoin, which the vast majority of digital currency users have no association with.”

According to US DEA agent James Hunt, “Hiding behind their computers, both defendants are charged with knowingly contributing to and facilitating anonymous drug sales, earning substantial profits along the way. Drug law enforcement’s job is to investigate and identify those who abet the illicit drug trade at all levels of production and distribution, including those lining their own pockets by feigning ignorance of any wrong doing and turning a blind eye.”

Number of people who have enjoyed this article: 1,764