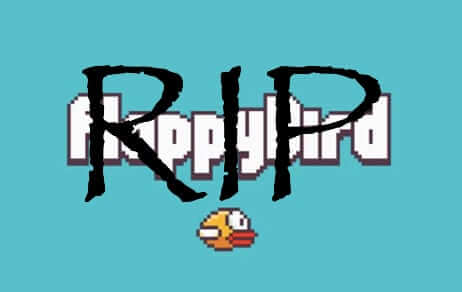 Dong Nyugen, creator of the wildly popular Flappy Bird, has pulled his creation less than a year after it first hit the app stores.

The Flappy Bird game was simple, and yet by all accounts completely addictive. You had to steer a little flapping bird through a series of maze-like pipes. Pipes which, in fact, looked identical to the green pipes in some Mario Bros. games, leading to speculation that Nyugen may have received unwanted legal attention. 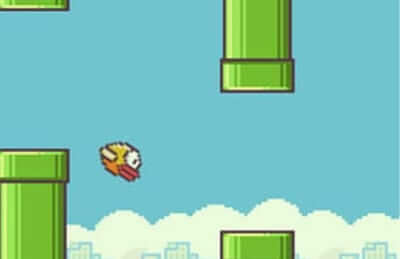 Nyugen gave no explanation for his hitting the kill switch on the Flappy Bird app, saying only, twenty-two hours before the game disappeared from all app stores, that “I’m sorry, ‘Flappy Bird’ users, 22 hours from now, I will take ‘Flappy Bird’ down.” 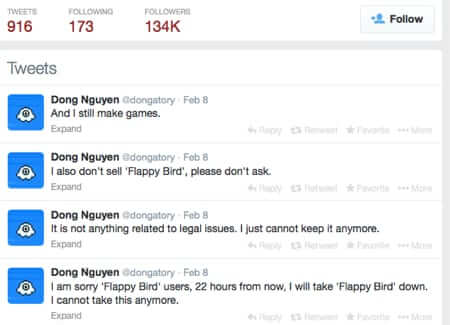 What nobody – and certainly not Nyugen – could have predicted was the howl of outrage that followed, including death threats against Nyugen.

“You best not be deleting Flappy Bird because I will murder you if u do,” threatened one displeased user.

“Dont (sic) do it we will all murder u,” said another. 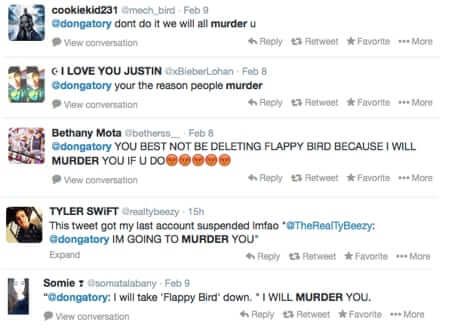 According to a report in the LA Times, iPhones with Flappy Bird installed are selling for nearly $100,000 on eBay. That article includes this image:

However, investigation by the Internet Patrol reveals that none of the eBay listings with Flappy Bird have any bids, and moreover, the eBay seller “pindrus”, who supposedly had the above listing, shows no such listing in their history. We suspect that the LA Times got punked.

However, there does seem to be a clamour for Flappy Bird, which Nguyen has said he will not sell, which suggests that perhaps someone else can step into the void.

5 Great Apps That Help You Stick To A Budget
How to Live Life Online When You Have To
Is Clubhouse Recording Your Conversations? You'd Better Believe It!
How to Turn Off Those Damned Color Tiles and Styles in Words with Friends
What You Should Know About WhatsApp's Business App and WhatsApp Business API
The Pros and Cons of Using the Chrome Password Manager
Does Private or Incognito Mode Make Browsing Anonymous?
NSA Mining Data from Smartphone Apps
Share the knowledge

Number of people who have enjoyed this article: 3,009