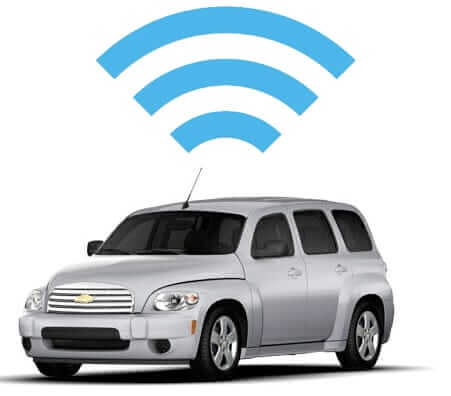 General Motors (GM) has announced that many 2015 Chevrolet automobiles will have native, on-board 4G LTE wifi next year. The list of cars that will have onboard wireless hotspots includes the Chevrolet Corvette, Chevy Impala, Malibu, Volt, Equinox, Silverado, Silverado HD, Spark and Spark EV, and in Canada the Chevrolet Trax.

In fact, according to a statement from GM Chevrolet [Page no longer available – we have linked to the archive.org version instead], “The majority of the 2015 Chevrolet lineup in the U.S and Canada will have a 4G LTE connection built-in at vehicle launch.”


According to Alan Batey, senior VP of Global Chevrolet, “Chevrolet is expected to implement the broadest deployment of 4G LTE in the automotive industry. The fact that OnStar with 4G LTE will be available in models that range from the Chevrolet Spark to the Silverado to the Corvette, is indicative of our broad commitment to deliver more value and convenience through smart technology applications. This new, purposeful technology solution will make our consumers’ lives easier to connect.”

But how does a constant Internet connection in your car square with the increasing concerns about Internet use in the car, such as texting while driving? It seems that on one hand safety experts and governments are cautioning and worrying about distracted driving largely predicated on Internet use, while at the same time the car manufacturers are enabling the very thing about which we are cautioned.

And, cautioned rightly. Distracted driving – specifically texting while behind the wheel – has accounted for increasing numbers of deaths, leading not only to more strident cautioning, but even efforts to curb it through legislation, including the Colorado ban on texting while driving, and the Federal effort to get a complete texting and calling ban in 2011.

While the Metrolink train crash resulting from an engineer who was texting, in 2008, may be one of the deadliest accidents in which Internet-related distracted driving figured, there have been many more accidents since.

According to the National Transportation Safety Board (NTSB), even back in 2010 there were more than 3000 fatal accidents a year attributable to texting, and of course many more non-fatal (but not non-injurious) accidents. In fact, the NTSB estimates that at any given moment, there are approximately 13.5 million drivers with their cellphone in hand!

(For one particularly poignant example of this, read about how this family shared their son’s last – fatal – text.)

So, what are we to make of these mixed messages – safety experts telling us to not text (use the Internet) while driving, while car manufacturers make it easier than ever by offering on-board wifi?

Of course, the car manufacturers and their lobbies will say that the car wifi is for passengers, and must not be used by drivers. And we are sure they will mean it – just as much as do the cigarette companies when they say they are not selling to minors.

Burgler Uses Victim's Computer While in Home: You Won't Believe What He Did Next!
Fight Over Access to Dead Person's Email Heads to Supreme Court
Google Ordered to Disclose Everybody who Searched for a Particular Person in Edina, Minnesota
NIFOC, BOGSAT, and 1000s More in FBI Glossary of Internet Slang Acronyms
Federal Court Holds "No Expectation of Privacy on Personal Computer"
NSA Surveillance Needs Oversight, Says President's Review Group Report and Recommendations
Paternity Notice on Facebook not Enough for Termination of Parental Rights, Rules Court
Deleting Email Leads to $1.45billion Judgement Against Company 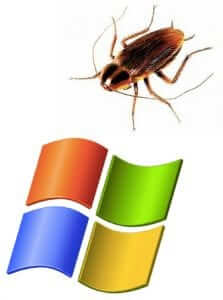 Urgent Microsoft Vulnerability Update Patch for All Versions of Windows

Site Reads and Explains Terms of Service for You